Yuvraj Singh comeback: If he wants to play for Punjab so why not? says Gautam Gambhir 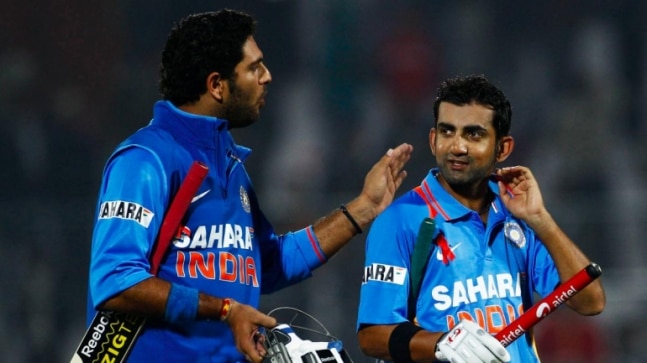 Former India all-rounder Yuvraj Singh's decision to return from retirement to play domestic cricket for Punjab has got fans excited as he still remains one of the most popular and most-decorated players the country has ever produced.

Yuvraj, who retired from all cricket in 2019 after being out of national reckoning for over 2 years, has decided to make himself available for upcoming domestic T20 commitments for his state, Punjab.

But it is not just the fans who will be waiting for Yuvi's return. Even his former teammate and now BJP MP Gautam Gambhir is looking forward to see Yuvraj play again.

Gambhir, who retired from all cricket a few months before Yuvraj in December 2018, welcomed the decision.

“It’s his personal decision and each and everyone loves seeing Yuvi play,” Gambhir told ANI.

“If he wants to play for Punjab so why not? You can’t force a cricketer to start or to end and if he wants to come back from retirement and play with motivation, he is most welcome,” Gambhir said.

The return from retirement also brings with it the restrictions on playing franchise-based foreign leagues which Yuvraj tried his hand at after hanging up his boots last year.

He was also reportedly looking for a Big Bash League (BBL) contract and Cricket Australia was trying to find him a franchise for the upcoming season, starting December 3.

Yuvraj said he was ready to let go of opportunities at foreign leagues when he decided to put himself in contention again. The Board of Control for Cricket in India (BCCI) doesn't allow active players to take part in foreign leagues as NOCs are granted only to the ones who are retired.

"I will obviously have to concentrate on Punjab. in any case, I can't play the foreign leagues according to BCCI rules and I don't mind it. My priority is to help Punjab," Yuvraj said in a recent interview.

Yuvraj, the 2011 World Cup winner and Player of the Tournament, said he wants to help Punjab win the domestic T20 title and mentor youngsters in the upcoming season before taking a call on his future.

"I think one can make an earnest effort to help Punjab win the T20 title. The team has some awesome talent and I am looking forward to contributing. You can't play cricket all your life but T20 is a brand you can play till 45. I will give myself one season and take a call," Yuvraj said.