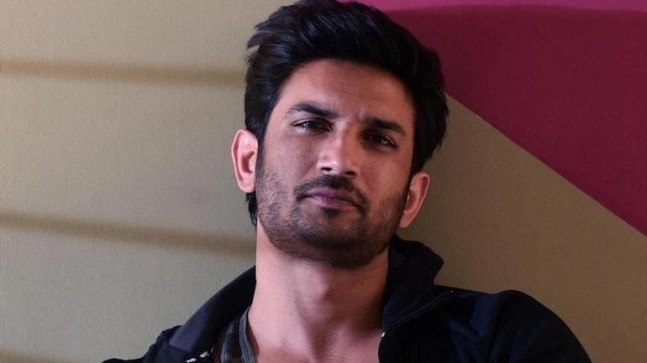 With the Bihar election not far away, the cultural cell of the BJP, Chief Minister Nitish Kumar's ally in the state, recently launched posters, banners, stickers and masks featuring late Bollywood actor Sushant Singh Rajput's images and a message: 'Na bhoole hain, na bhulne denge (We haven't forgotten, nor will we let anyone forget)'.

Remember, it was Nitish Kumar who had recommended Sushant Singh Rajput's case to the Central Bureau of Investigation (CBI), a decision that was later upheld by the Supreme Court. JDU chief Nitish Kumar had then said that his government's move was meant to ensure that "a promising young son of the state" got justice.

Bihar Opposition parties, including the RJD and the Congress, have now accused the BJP of exploiting the death of Sushant Singh Rajput, who grew up in Patna before moving to Delhi and then to Mumbai, for political gains.

But all parties were clamouring for a CBI probe when the case was with the Mumbai Police and Bihar cops were finding it hard to do their own investigation in Maharashtra's capital.

So is Sushant Singh Rajput's case an election issue in Bihar? DM Diwakar, former director, AN Sinha Institute of Social Study (Patna), told India Today, "The BJP is trying to make Sushant Singh Rajput's case a political issue because it has failed on most fronts, including the implementation of the coronavirus lockdown. The youth of the state is rejecting Nitish Kumar on online platforms. The raising of this case is a ploy to divert attention, and is unlikely to succeed."

DM Diwakar said Sushant Singh Rajput's is not the kind of a sentimental case that will have any impact on the voting pattern in Bihar. "The issues are jobs, education, health care, law and order and the government's handling of the Covid-19 pandemic and the floods," Diwakar said.

The Bihar government recommended the case to the CBI because it thought that the Mumbai Police wasn't doing a good job, and also felt that it had a friendly government at the Centre that had to ultimately clear its recommendation, DM Diwakar said.

The CBI is now probing allegations of abetment to suicide and has questioned Sushant Singh Rajput's actor girlfriend, Rhea Chakraborty and others.

The case was handed over to the CBI by the Nitish Kumar government, after Sushant Singh Rajput's family lodged a complaint with the Patna Police, accusing Rhea Chakraborty, 28, of driving him to suicide.

The Narcotics Control Bureau (NCB) has arrested Rhea Chakraborty and her brother, Showik Chakraborty, in a drugs case linked to the probe of Sushant Singh Rajput's death.

A third central agency, the Enforcement Directorate (ED), is also probing a money-laundering angle, based on allegations from Sushant Singh Rajput's family. Rhea Chakraborty and her family have denied the charges.

Choudhary also agreed with DM Diwakar as far as the real issues in the Bihar election are concerned.

The raising of Sushant Singh Rajput's case by the JDU-BJP combine comes at a time when there is a cloud of uncertainty over which way the Lok Janshakti Party (LJP), a key ally, will go. Led by Chirag Paswan, the LJP has been critical of the NDA government in Bihar over various issues, including Nitish Kumar's handling of the coronavirus crisis.

Chirag Paswan's father and Union Minister Ram Vilas Paswan is not well and has said his son will decide whether the LJP will remain with the NDA or not.

The return of former Chief Minister Jitan Ram Manjhi, another Dalit leader like the Paswans, of the Hindustani Awam Morcha (Secular) to the NDA fold has made matters more complicated. Dalits comprise around 17 per cent of total votes in Bihar.

The tenure of the Bihar Legislative Assembly ends on November 29. The Election Commission of India has not announced dates but indicated that the election will be held on time, in October-November. Bihar's will be the first state election to be conducted during the Covid-19 pandemic.

Nitish Kumar has been the Chief Minister for 15 years, minus the brief interruption when Jitan Manjhi was at the helm of affairs.

The Opposition's Mahagathbandhan has the RJD, led by Tejashwi Yadav, the Congress, the Rashtriya Lok Samta Party (RLSP) and the Left parties.

While Tejashwi Yadav's father and Mahagathbandhan's top leader, Lalu Prasad Yadav, has been serving a jail term in connection with the fodder scam of the 1990s, Nitish Kumar has been projecting himself as Mr Clean. But anti-incumbency will be a major challenge, and the Sushant Singh Rajput case might well prove to be a non-issue.