'Who Wants to be a Millionaire' Contestant Calls Wife for an Answer, But Man's Voice Stuns Him

JP Morgan, A contestant of Who Wants to Be a Millionaire was baffled when he called his wife to use his Phone a Friend lifeline and 'another man' answered the phone. 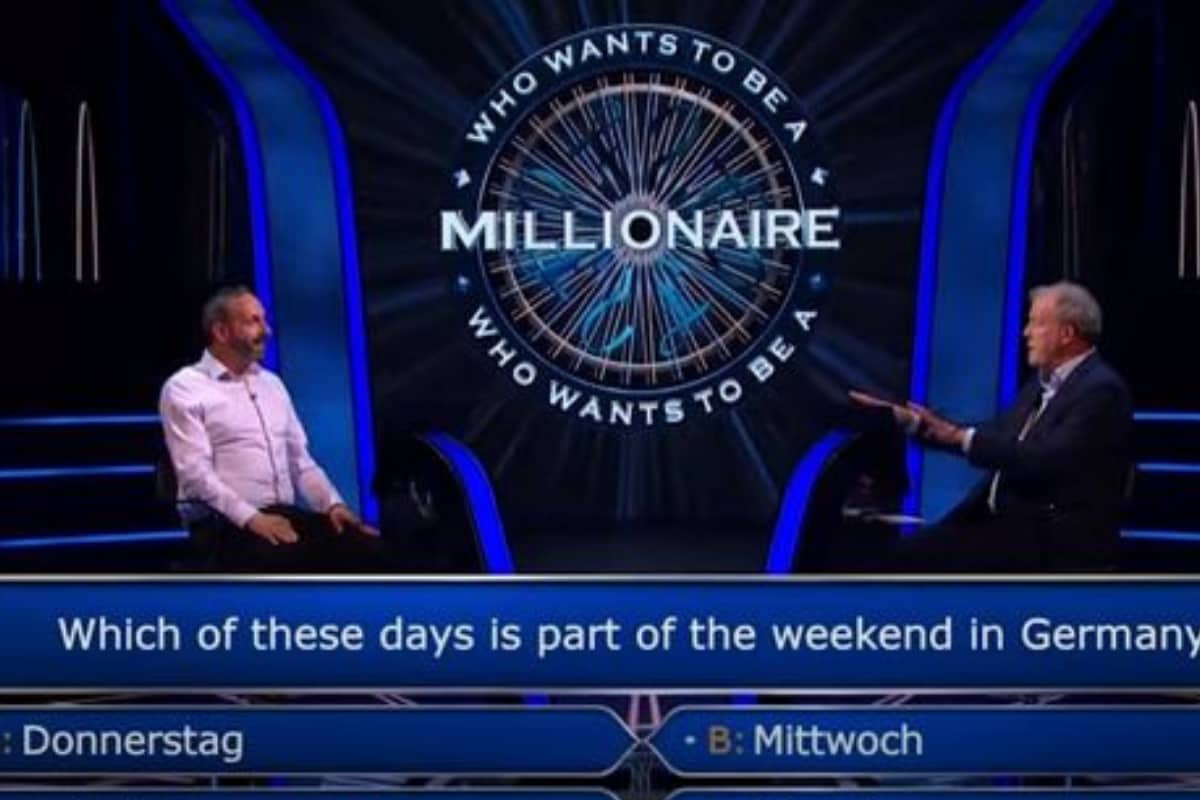 Contestant's awkward phone a friend with his wife! at Who Wants To Be A Millionaire. Credits: YouTube

JP Morgan, A contestant of Who Wants to Be a Millionaire was baffled when he called his wife to use his Phone a Friend lifeline and 'another man' answered the phone. Trending Desk Last Updated: September 14, 2020, 4:05 PM IST FOLLOW US ON:

Things got a little awkward on the sets of Who wants to be a Millionaire (UK) recently as the show possibly created a little controversy between a husband and wife.

JP Morgan, a science teacher, was stuck on a question and he used the 'phone a friend' lifeline.

The question that stumped him was to choose which of the following days were a weekend in Germany. The options were A) Donnerstag, B) Mittwoch, C) Sonntag, or D) Dienstag.

JP confessed he was not familiar with the language, but his wife, who’s lived in Germany for decades might know. He requested the host to call his wife. However, we assume he was left with more questions than answers after the encounter.

On the first attempted call, a distinctly male voice mumbled this: "Sorry there was no service."

Jeremy Clarkson, the host of the show, was clearly as surprised as the contestant. “That was a man that answered your phone,” he said making no attempt at hiding his insinuations. However, he read the better within seconds and witnessing JP’s red face he quickly added that it could be completely innocent.

A second attempt was more fruitful. Elisabeth, his wife, answered herself this time.

Before handing over the call to JP, Jeremy acted like a watchful neighbourhood aunty and asked Elisabeth if she was, indeed with someone else at the moment. She replied yes, a little hesitantly. The call had a time-limit of 30 seconds.

After the call, Jeremy said, “what is she sorry for, 80% is pretty good.” Insinuating more than required. Twitter users were quick to call out the possible controversy exposed by the show.

A user pointed, “You could see him distracted all the time he was talking to his wife, wondering was that really some other guy on the phone??” Another user said this definitely was an exposé of the wife’s affair.

But as Jeremy said earlier, the phone call was innocent. It was most probably an automated message, according to the Sun.