Who Really is Banksy? We Tracked Down All Conspiracy Theories About the Artist's Identity 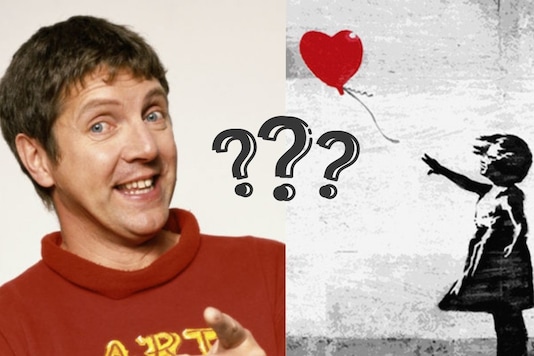 Photo of Neil Buchanan from Twitter; Banksy art from Instagram/Banksy

A day after conspiracy theories suggested that popular kids' show host Neil Buchanan was the graffiti artist Banksy, whose identity has always been the subject of speculation and mystery, the Art Attack presenter released a statement denying it.

This came after rumours on social media suggested that Buchanan was Banksy, which would solve the mystery about the identity of the world's favourite street artist.

Banksy is a street artist based in England who has been active since the 1990s. His works, mostly in public places, always have social and political undertones and offers a commentary on events taking place around the world. He has a particular style which makes his art easily recognisable.

The artist's identity has been one of the most strongly guarded secrets in the last few decades. A BBC report says that since graffiti is illegal, Banksy could be keeping his identity a secret to stay out of trouble.

Banksy's artworks are worth thousands of pounds with his patrons willing to shell out even a million bucks for his work. However, as per the same BBC report, Banksy has never been too keen on monetizing his art and has been known to shred his work before auctions.

What was the conspiracy theory?

The 58-year-old artist and musician is well known as the presenter of Art Attack on ITV from 1990 to 2007. The conspiracy theory began doing the rounds on social media last week when a Twitter user suggested that they'd heard a rumour about Banksy's identity.

The Twitter user, who goes by the name Scouseman, wrote, "Just heard that it's rumoured Neil Buchanan is Banksy. If true, it's the funniest sh*t ever. Aintree's finest."

Just heard that it's rumoured Neil Buchanan is Banksy. If true, it's the funniest shit ever. Aintree's finest. He's a musician and art has followed in the cities of shows he's done allegedly.This is straight in the believe without question category . pic.twitter.com/LWU48wGekR

The Twitter thread quickly gained momentum as several others also pointed out signs which hinted that Buchanan was indeed Banksy.

According to the thread, Banksy's art had been spotted in cities where Buchanan had travelled for work. Another user also pointed out that when Buchanan hosted Art Attack, he was known for "big outdoor pieces" using unconventional props.

But is it true?

No, it is not. The conspiracy theory became the trending topic for a whole week, which eventually forced Buchanan to issue a clarification.

Putting it simply and clearly, Buchanan's official website wrote that "he is NOT Banksy."

They further added, "We have been inundated with enquiries over the weekend regarding the current social media story. Unfortunately, this website does not have the infrastructure to answer all these enquiries individually, however, we can confirm that there is no truth in the rumour whatsoever."

What do we know about Banksy's identity so far?

One of the most popular theories is that Banksy is Robert Del Naja, the leader of a musican group based in Bristol, England - Massive Attack. The theory has been fuelled by the fact that both Robert and Banksy, who is also a musician, has reportedly said that they inspire each other.

Banksy fans have even matched performance dates of Massive Attack with Banksy artwork appearing in cities. However, Robert has denied being Banksy. Huffpost had earlier reported that while denying, the musician had asserted that "we are all Banksy."

About six years ago, an American news website claimed that Banksy's identity had been revealed after a 35-year-old man was arrested in England for vandalism and graffiti art.

While fans of Banksy heaved a sigh of relief, many failed to notice that the website was actually a satirical one and the news was a hoax, as was later clarified by Banksy's publicist.

Another conspiracy theory suggests that a man named Robin Gunningham, also born in Bristol, is Banksy. The rumour is so strong and widespread that even his schoolmates believe it. According to reports, Gunningham was quite an illustrator in school. Banksy too once stated that his love for illustration began in school. A mere coincidence?

Later, an image of Gunningham with spray cans in Jamaica went viral and further fuelled rumours that he was Banksy.

In 2019, a report by Standard UK said that Banksy's identity may have been revealed from an interview the artist allegedly gave back in 2003. The footage, which can be seen here, shows a man claiming to be the artist speaking into the camera. He is seen with his face covered and a baseball cap, which makes it difficult to see his face. It was from Banksy's first major show on Kingsland Road in East London, the location of which was revealed one day before the exhibition.

So far, most assumptions about Banksy have claimed that he is a man. But a documentary released in 2014, named 'Banksy Does New York', put forth a rather intriguing surmise - it suggested that the artist was actually a woman who was leading a small group of like-minded artists.