George Washington University students were recently sent a letter from their provost informing them of Jessica Krug aka La Bombalera's resignation from the post as the Professor for African American history. 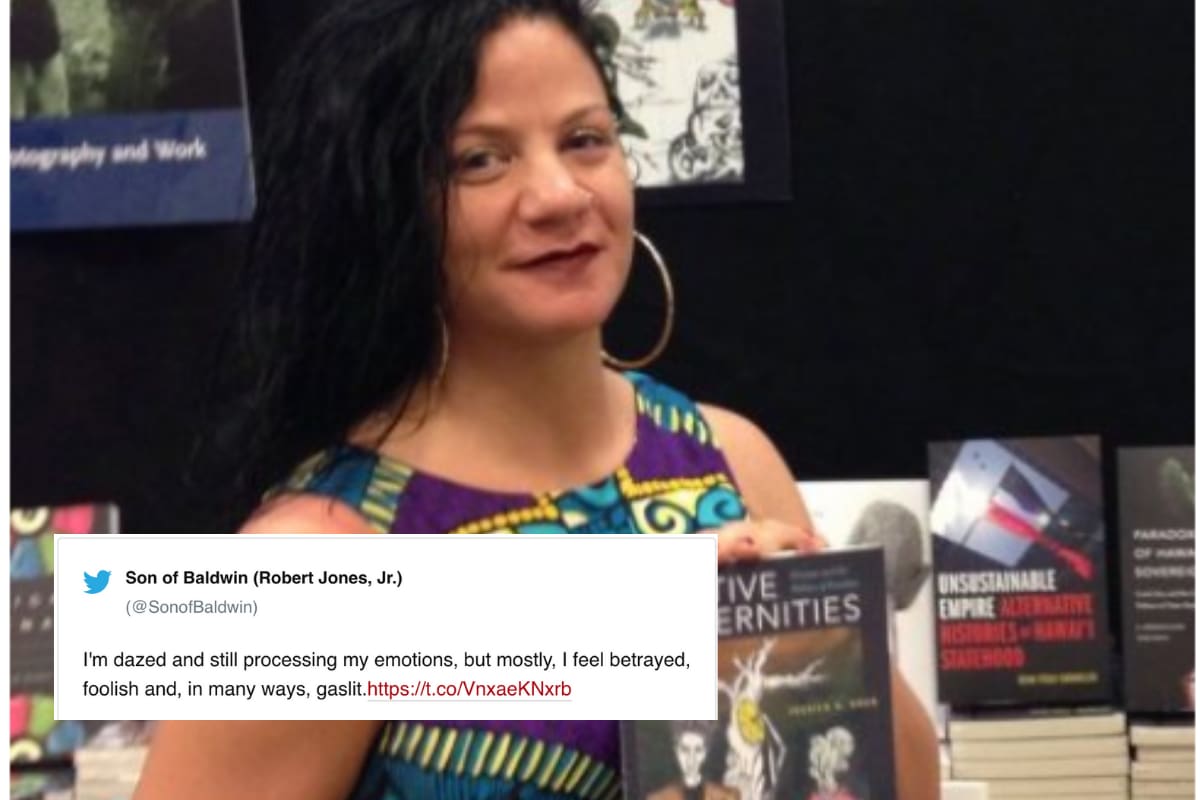 Jessica Krug revealed in a blog post that she was actually a Jewsih woman from Kansas and that she had been lying her whole adult life about being a woman of colour | Image credit: Twitter

George Washington University students were recently sent a letter from their provost informing them of Jessica Krug aka La Bombalera's resignation from the post as the Professor for African American history. News18.com Last Updated: September 11, 2020, 6:32 PM IST FOLLOW US ON:

Days after a white woman and professor at George Washington University revealed in a blog post that she had been pretending to be black her whole adult life, Professor Jessica Krug has reportedly resigned from the university.

Jessica Krug aka 'Jess La Bombalera' was a Professor of African American History in GWU and had claimed to be of Afro-Puerto Rican descent until her recent revelation in a blog post on Medium in which she revealed that she was in fact a white, Jewish woman from Kansas.

Earlier on Friday, the university said it is investigating the case of the white professor who says she faked multiple Black identities that were central to her writings and research.

According to a report in Buzzfeed News, students of the university have now been sent a letter from the provost telling them that Krug had resigned from her position.

The former professor recently stunned all when she came out about her real white identity.

Read: Who is 'Jessa La Bombalera', the White Woman and Professor in US Fooled Everyone by Claiming to be Black Her Whole Life?

Krug had previously claimed to be of Afro-Puerto Rican descent and was a regular among activist circles in the Bronx where she also lived. She was known for her bold rhetoric against 'White Americans'.

Known as 'Jessica La Bombalera' or simply 'Jessa Bombalera'among activists in the Spanish Harlem neighbourhoods of New York and her followers as, Krug delivered a speech at a New York City Council Zoom meeting from El Barrio in June in which she accused white New Yorkers of neglecting her neighbourhood.

In the Medium post, Krug revealed that she was indeed from Kansas and claimed to have lived through childhood trauma and mental health issues. She did not, however, use them as an excuse for her presence.

"But mental health issues can never, will never, neither explain nor justify, neither condone nor excuse, that, in spite of knowing and regularly critiquing any and every non-Black person who appropriates from Black people, my false identity was crafted entirely from the fabric of Black lives,” she said.

Fans of the activist expressed their shock and humiliation when the read Krug's blog with many claiming they felt cheated and gaslit.

Krug's case is similar to that of Rachel Dolezal, a Washington state NAACP civil rights leader, who identified as Black but was biologically white.

Krug authored a 2018 book titled “Fugitive Modernities” that examined the political practices of those who fled slavery. The book was a finalist for the 2019 Frederick Douglass Book Prize and also the Harriet Tubman Prize.