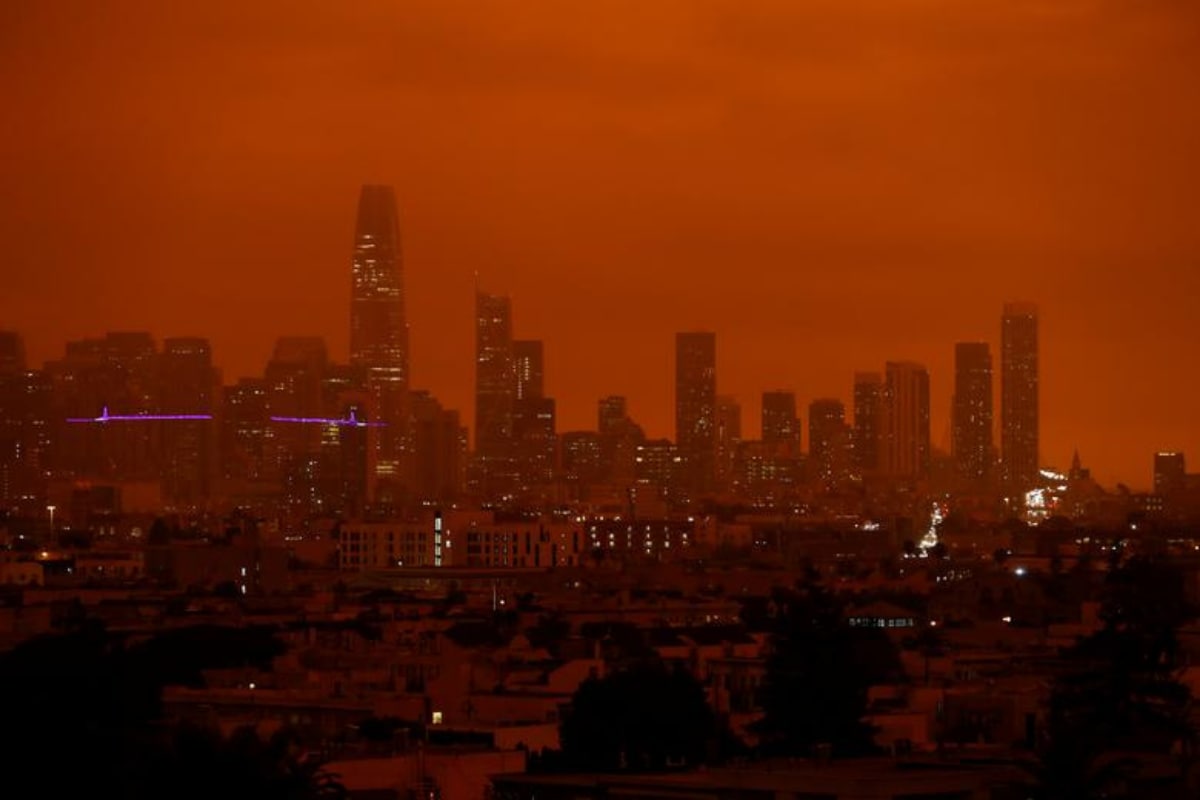 What were being described as "unprecedented" wildfires, fueled by strong winds and searing temperatures, were raging cross a wide swathe of California, Oregon and Washington on Wednesday, destroying scores of homes and businesses in the western US states and forcing tens of thousands of residents to evacuate. News18.com Last Updated: September 11, 2020, 12:26 PM IST FOLLOW US ON:

2020 has been quite a year: A global pandemic, wilfires, the glaciers melting...and it doesn't seem to end.

Residents of San Francisco and elsewhere in California woke Wednesday to a deep orange sky that triggered apocalyptic visions in a year already rife with disturbing events.

Skies so dark at times that it appeared more night than day were accompanied in some places with ash falling like snow, the cause being massive wild fires filling the air with smoke and cinders. 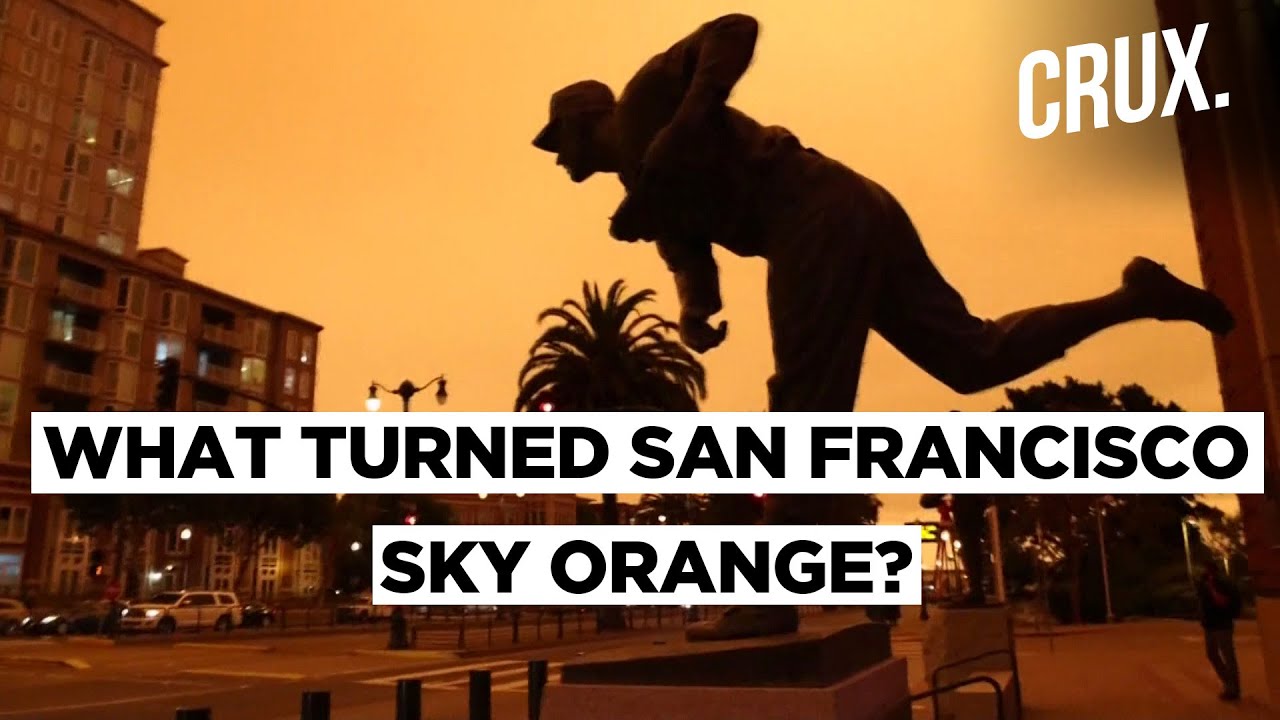 "The orange skies this morning are a result of wildfire smoke in the air," San Francisco Bay air quality officials said in a tweet.

"These smoke particles scatter blue light and only allow yellow-orange-red light to reach the surface, causing skies to look orange."

As smoke gets thick in some areas, it blocks sunlight causing dark skies, the officials explained.

Photos of the eerie scene, particularly of a San Francisco skyline fit for a dystopian science fiction film, spread quickly on social media.

"Is there a word for 'the apocalypse is upon us burnt sienna?' read one tweet fired off by someone who felt using the word 'orange' to describe the sky was being too kind.

Others likened the scenes to planets other than Earth.

"If literal fire skies don't wake us up to climate change, then nothing will," tweeted YouTube influencer and Zadiko tea startup chief Zack Kornfeld.

"Enjoy joking about how crazy this year is because we made this mess and it's only going to get worse."

Absolutely no filter involved here. This is the morning sky over San Francisco at 8am. Orange, dark and ashy bc of wildfires. I was two days away from my 8th birthday when Mt. St. Helens shook the planet. I’m from Seattle-Tacoma and i remember the sky looked just like this. pic.twitter.com/zgOkT2Ou5f

San Francisco today. The sky is dark with ash from fires, and the wind stagnated, so everywhere it's a red orange light.

This was taken just minutes ago, it's noon here pic.twitter.com/EcngJzhxBw

Dark skies blocking the sun chilled temperatures at what has historically been the warmest time year in San Francisco.

"Geo-color imagery shows a very thick multilevel smoke deck over much of California," the US National Weather Service said in a tweet.

"This smoke is filtering the incoming energy from the sun, causing much cooler temperatures and dark dreary red-shifted skies across many areas."

In California, where at least eight deaths have been reported, National Guard helicopters rescued hundreds of people trapped by the Creek Fire in the Sierra National Forest.

In Oregon, Governor Kate Brown declared the fires in the northwestern state to be a "once-in-a-generation event."

Jay Inslee, the governor of neighboring Washington state, described the wildfires as "unprecedented and heartbreaking."

Inslee, who campaigned for the Democratic nomination for president on a platform of battling climate change, and California Governor Gavin Newsom both blamed the effects of a changing climate for the exceptional ferocity of this year's blazes.

"I quite literally have no patience for climate change deniers," Newsom said. "It's completely inconsistent, that point of view, with the reality on the ground."