Underestimating Mumbai is like digging your own grave: Saamana attacks Kangana Ranaut

Underestimating Mumbai is like digging your own grave: Saamana attacks Kangana 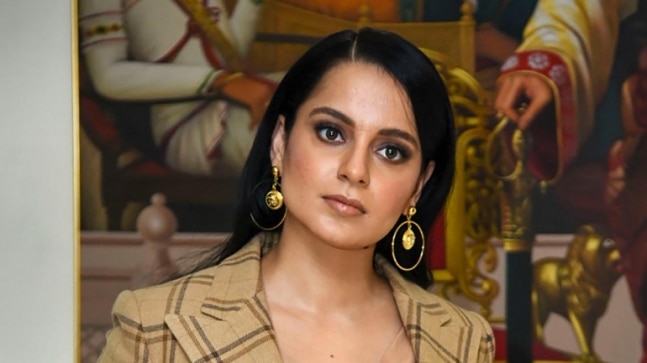 Shiv Sena mouthpiece Saamana, in its editorial on Saturday, attacked actress Kanana Ranaut over her 'Mumbai feels like Pakistan occupied Kashmir (PoK)' remark, saying underestimating the Maximum City is like "digging your own grave". The Shiv Sena and Kangana Ranaut have been engaged in a war of words after the latter recently likened Mumbai to Pakistan-occupied Kashmir (PoK) and also said she feared Mumbai Policemore than "movie mafia".

Calling Kangana Ranaut a "Maharashtra hater", the Shiv Sena said, "Those who had nothing to do with Dr Ambedkar's ideology came to the airport and created ruckus waving blue flags to welcome Maharashtra haters. This is the biggest insult of Dr Ambedkar."

"But what they want is to only warm chairs of power with Maharashtra haters," it said.

Attacking Kangana Ranaut furthermore, the Saamana piece read: "So many strugglers came to Mumbai and became big stars. They always stayed loyal to Mumbai. Bollywood was founded by Dadasaheb Phalke, a Marathi manoos [man]. He was never awarded Bharat Ratna. But in the industry that he started, many were awarded Bharat Ratna and even Nishan-e-Imtiaz [Pakistan's highest civilian award]."

Speaking of the dynasties, Shiv Sena said that those who were good in acting were accepted by the people and how veteran actors like Jitendra, Dharmendra, Rajesh Khanna were outsiders but yet they made a name for themselves.

"Dynasties were there and they exist even today. But only those who were good were accepted by people. Jitendra, Dharmendra, Rajesh Khanna didn't come from any influential families. If their children are in the movies industry, why blame them? They always held Mumbai with great respect as their Karmabhoomi and they contributed in Mumbai's progress," it said.

"They didn't enter into enmity with the fish while staying in the water. They never pelted stones at others while staying in a glasshouse. Those who tried doing that got the course of Mumbai. Underestimating Mumbai is like digging your own grave," the Shiv Sena said.

"Sacrifice and self-respect are Mumbai's jewels. Maharashtra has dug the graves of Aurangzeb and Afzal Khan."

A few days ago, the Brihanmumbai Municipal Corporation (BMC), which is ruled by the Shiv Sena, on Wednesday pulled down some "illegal alterations" made at Kangana Ranaut's bungalow in Bandra. However, the Bombay High Court later ordered a stay on it.

The Maharashtra government on Friday asked the Mumbai police to conduct an inquiry into the allegation that Bollywood actor Kangana Ranaut used banned substances and narcotics drugs.