This Tabla Rendition in Varying Speed is Music to Ears, Viral Video is Breaking the Internet

Chaitanya Varma shared a clip of him playing the tabla which is played of the same words or same taal, in 3 different speeds created a buzz on social media. 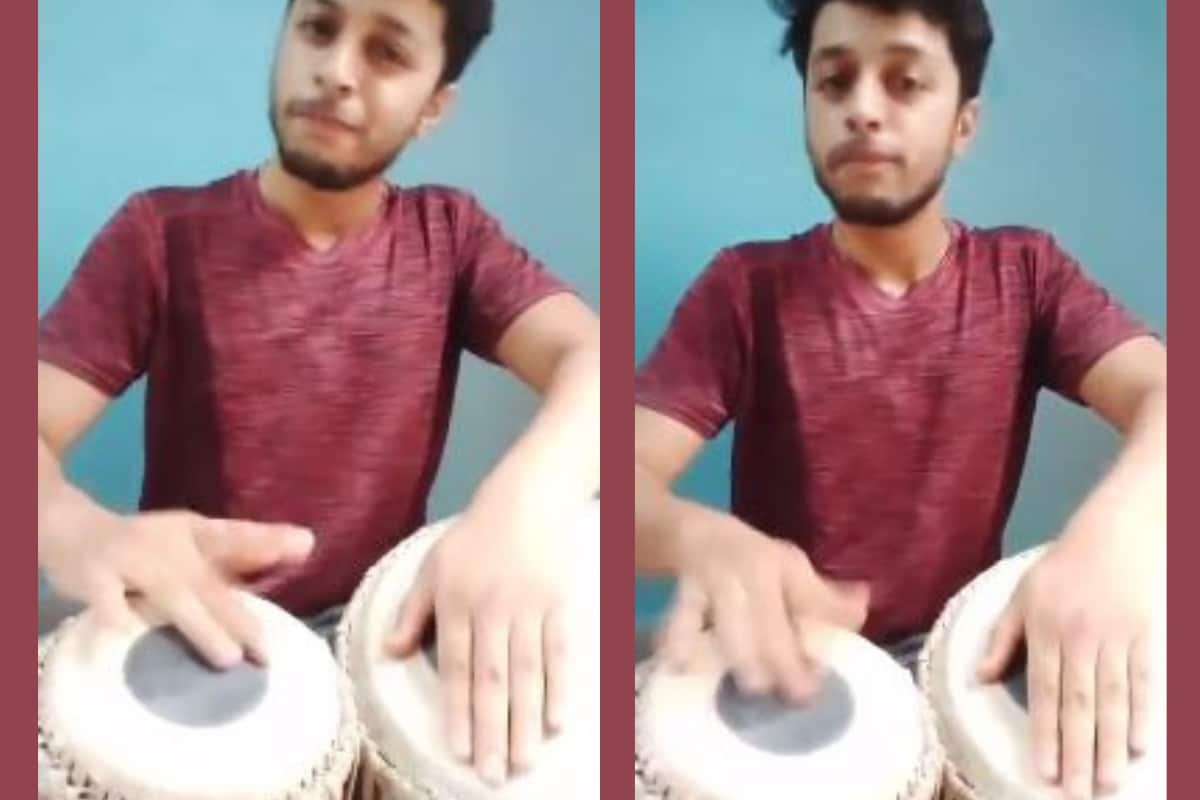 Chaitanya Varma shared a clip of him playing the tabla which is played of the same words or same taal, in 3 different speeds created a buzz on social media. Trending Desk Last Updated: September 9, 2020, 3:28 PM IST FOLLOW US ON:

A social media user has impressed his followers with a rather unique tabla performance. Chaitanya Varma, who goes by the username Musical Veins on Instagram, shared a video of himself playing the Indian drum duo at three different speeds – slow, medium, and fast.

The rendition is referred to as Tripalli in musical terms. The music enthusiast has captioned the video, “Slow....Medium.....And FAST. A short Tripalli. Tripalli is something which is played of the same words or same taal, at 3 different speeds.”

Shared on September 1, the music video has been liked more than 1 lakh times and is rapidly getting the attention of netizens. Many users even expressed their reactions in the comments section.

This is not the first time social media has witnessed an amazing performance. Since the rage of online presence, many people across the globe are using these platforms to showcase their talent.

Especially during the coronavirus induced lockdown, many young talents took the opportunity. A while back, another table performance by a young netizen became popular. Following the success of Rasode mein kaun tha rap song, created by Yashraj Mukhate, many unique versions and memes made their way online. The tabla version, however, was one of the most admired mashups.

Inspired by the viral Kokilaben rap, the social media user gave it an all-new meaning with his interesting tweak.

Created and shared by fusionist Shobhit Banwait on Facebook, the video amassed over 1 million views shortly after being made available online.

He also shared the clip on Twitter and wrote, “Had to hop on this trend. Rasode mein kaun tha?!”

The video was widely shared across many social media platforms.