The vanishing art of critical reading in Sikh theological space

The vanishing art of critical reading in Sikh theological space 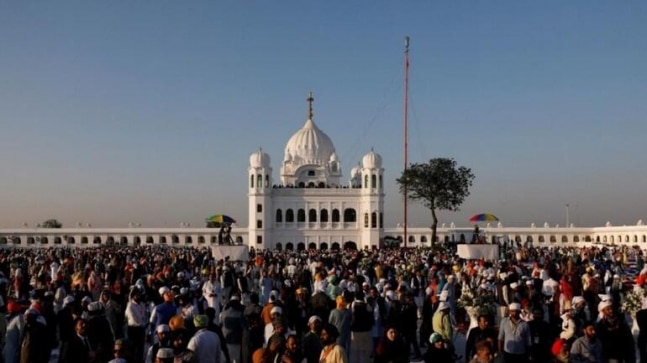 Reported widely in the Punjabi media but under-reported in the national, a simmering controversy exploded within the Sikh community this month.

The dispute no longer stayed in the realm of a mere difference of opinion. Sides formed and groups struggled for theological dominance.

The issue centred around a series of discourses a historical gurdwara in Delhi hosted over what is called the Dasam Granth, the collective writings attributed to Guru Gobind Singh.

The Dasam Granth is separate from Sri Guru Granth Sahib (SGGS), which is the primary Sikh charter or constitution for the Sikh way of life.

It's indisputable that Guru Gobind Singh installed Adi Granth (as the SGGS was originally called) as the eternal Guru before his passing at Nanded in 1708.

Within the Sikh community worldwide, there are different schools of thought over the Dasam Granth though.

Some challenge its authorship in toto, some partly and some accept it wholly. Several writings from this Granth are in fact part of daily Sikh prayers.

The anti-Dasam Granth lobby turned to social media and lobbed the other side with bits and pieces of the writings without full context, meaning, and critical analyses.

Some went further and held a newly-invented prayer outside the gurdwara gates, which edited out portions from the Dasam.

Many of these activists were middle-aged. And clearly, many of them hadn't done a first-hand reading either of the Dasam Granth or the SGGS.

"Finally decided to study (the) Dasam Granth," wrote one prominent campaigner barely four days ago on his Facebook, after his intense engagement in the virtual protests.

On WhatsApp groups, many would only forward videos of third-party lectures when asked whether they have gone through the contents of the SGGS or the Dasam.

Highly-respected Sikh researchers of the early and mid 20th century would read both the SGGS and the Dasam with full protocols, make notes, and explore what lies beneath the surface of the words.

They would travel to historical sites and rummage through libraries. They would engage with ideas. They wouldn't live in bubbles.

The methodology adopted by those eminent scholars was uniquely rich -- they would interpret the language of secondary Sikh sources through the measure of the SGGS.

Many scholars of the early and mid 20th century in fact interpreted the Dasam through the vision of monotheism, the core Sikh doctrine.

Several others delved deep into its literary genres, metaphors, and similes. Everything is documented.

"In Hindi, he (Guru Gobind Singh) developed a style," wrote Dr Ganda Singh and Teja Singh in A Short History of the Sikhs, "which for martial cadence, variety of form and richness of imagination, spreading itself out into similes drawn from life as well as from old familiar literature, has remained unsurpassed since his times."

"In lines ranging from monosyllabic verse to long and multipedic swayyas and kabbits, we seem to hear the torrential flow of hill streams or the galloping sweep of cavalry on the march. His intellect quivers in emotion and breaks out against superstition and hypocrisy into humour, irony, or banter. His emotion, often intellectualized by the memory of wrongs done by the past, is raised to the highest pitch of ecstasy when he communes with God," critiqued the celebrated writers.

An original code finalized by top-notch scholars and religious experts commissioned by the SGPC in the 1940s approved congregational recitation and discourses of writings attributed to Guru Gobind Singh and his court poet, Bhai Nand Lal, in addition to the SGGS.

A greater part of the past century went without much controversy. Dasam writings were not a central subject of religious debate even during the tough period of the 1980s.

Most pracharaks (priests) and scholars, who shot to prominence in the 80s, in fact, used them to motivate the community to sail through the crisis.

But some of them took a U-turn later. They initially disputed the authorship of one genuinely-controversial part of the Dasam and then eventually started discarding the whole volume.

Their committed following endorsed their views. Others didn't -- parts of Dasam writings remain a staple of their daily prayers and devotion.

With social media amplifying disagreements in every sphere now, the walls have been crossed.

There's no easy solution in sight.

On its part, the Akal Takht long ago called for a status quo on this volatile issue.

It's a settled affair that the Dasam Granth is not the Guru and cannot be elevated to the level of the SGGS in the Sikh theological space.

But dismissing it in totality, even as a literary source, might open a Pandora's box.

Wouldn't that mean Guru Gobind Singh never wrote anything? Wouldn't it then lead to questioning the Sikh warrior cries in military regiments, the salutations, and so forth?

At stake is the entire cultural identity drawn from the life of Guru Gobind Singh -- and writings attributed to him.

Moving towards critical thinking and evaluating writings like a writer is key.

"I have long believed that the great gulf in religion is not so much from one faith to another, but rather between sanctimonious cranks of any creed who point fingers and those of any religion who humbly seek inspiration to live better lives," wrote Nicholas Kristof, an author and a New York Times columnist, while positively reviewing Karen Armstrong's The Lost Art of Scripture.

Scriptural writings with all their mysticism of the pre-science era can only be appreciated if read through the lens of their genre.

"...So it is particularly sad when they are cherry-picked by ideologues, wrenched from context, to justify rigid and pusillanimous dogma," Kristof wrote in the NYT review.

So very true in the Dasam context.