Sushant and Rhea couriered 500 g marijuana to her home during lockdown, NCB finds 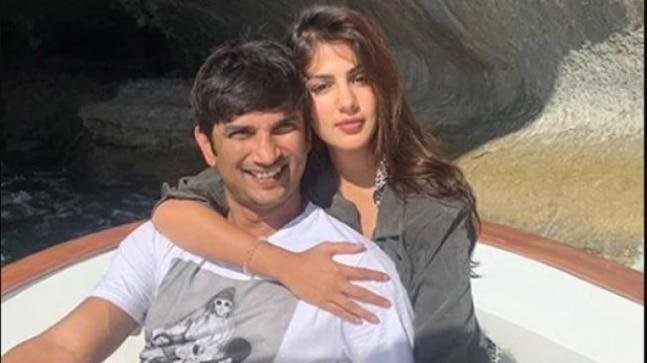 The Narcotics Control Bureau has found out that Sushant Singh Rajput wanted to spend some days at Rhea Chakraborty's home during the lockdown. The couple decided to shift buds clandestinely to her home for which a fast delivery courier company was contacted. After questioning Rhea, Showik and others, the agency got to know that the couple couriered around 500 g curated marijuana in a box along with some household items to the Chakrabortys' home in April.

The central agency in their investigation found out that Sushant Singh Rajput's employee Dipesh Sawant called the courier company and got it delivered to Rhea's Santa Cruz flat, where she lives with her father, Indrajit Chakraborty, mother Sandhya Chakraborty, and brother, Showik Chakraborty. Rhea's brother, Showik, received the packet of the marijuana couriered by Sushant and Rhea at his home.

Rhea Chakraborty and Sushant Singh Rajput decided to send the packet of marijuana through a courier agency so that it is not caught by anyone.

The NCB have interrogated the courier boy who delivered the packet to the Chakrabortys. He has identified Dipesh Sawant and Showik Chakraborty. The call details of the courier boy, Showik and Dipesh have also been retrieved by the agency.

NCB had claimed that Rhea Chakraborty confessed to arranging drugs for Sushant Singh Rajput. However, the actress in her bail plea had stated that she is innocent and accused the NCB of "falsely implicating" her in the case. She also stated that she was "forced into making self-incriminatory confessions" on the day of her arrest.

In his statement to the NCB, which had been accessed by India Today, Showik confessed arranging weed, hash and bud for Sushant Singh Rajput.

Rhea Chakraborty was in a live-in relationship with Sushant Singh Rajput. After having an argument with the late actor, she left his house on June 8. After that, Sushant's sister, Meetu Singh, lived with him from June 8 to June 13. Sushant was found hanging at his Mumbai home on June 14.