Story of man’s bet with kids for a pizza goes viral. Internet loves it 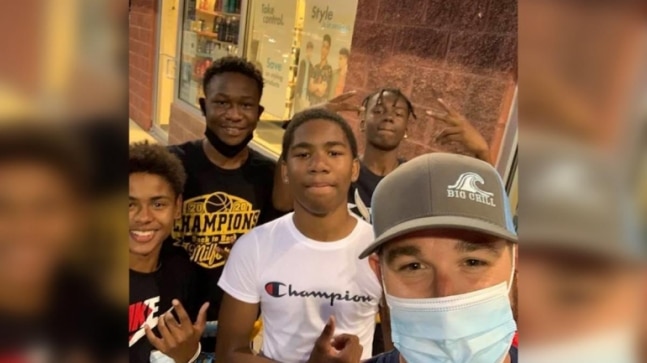 A US man's encounter with a group of kids for a bet over pizza has gone viral on social media.

A US-based man is winning the internet for his endearing gesture to treat a group of kids with a large pizza.

The man, Jeff Gravatt, was on his way to a Walmart store when he was stopped by a group of kids. They asked him if would make a bet with them. The man readily agreed. What happened next? Well, the man narrated the entire incident in a Facebook post, which has gone crazy viral.

The bet put forth by the boys was that one of them could ride a wheelie on his bicycle for a particular distance. "No way...and how much?" the man asked. He further wrote that the kids asked him to pay them 10 dollars if they won. The kids expressed that they wanted to use the money to order a big pizza.

The man accepted the bet and the boy could not ride a wheelie for the said distance. But while the kids were still trying to figure out how to get those dollars, the man had already ordered a pizza and cold drink from them.

"Made my night. Love seeing kids be kids (sic)," he wrote in the caption.

The post, shared on September 9, has gone viral and is being widely shared on the social media platform. At the time of writing this story, it had already garnered over 97k likes.

Netizens flooded the comments section to praise the man's little act of kindness. "That was a wonderful thing to do they will always have that memory and so will you (sic)," a user commented. "Aww that's so sweet (sic)," wrote another user.

What do you think about this incident?

ALSO READ: Keeping Up With The Kardashians to end after season 20. Twitter has mixed emotions