The South Delhi Municipal Corporation (SDMC) issued over 20,000 death certificates between April and June when the city was reeling under the second wave of Covid-19,... The South Delhi Municipal Corporation (SDMC) issued over 20,000 death certificates between April and June when the city was reeling under the second wave of Covid-19, municipal officials said.

Officials attributed the increase in death registrations to the second wave of Covid-19 and the clearing of the backlog of data.

"As compared to April, the number of death certificates is about 204% higher in May because of the Covid-19 second wave. While the figure in June is about 103% higher than that of April.

"The maximum number of deaths occurred either in May or in the last leg of April during the Covid second wave. So kin of most of the deceased who applied for death certificates got the documents in May and June," a senior SDMC official told PTI on condition of anonymity.

Civic officials clarified that these death registrations also include normal deaths and they do not necessarily reflect the total death count due to Covid in that particular month.

Some civic officials also said that other than the Covid-19 second wave, there was backlog of data due to technical issues and it was cleared in May and June, leading to a rise in the numbers of death registrations.

In April-May, Delhi was hit by a brutal second wave of the pandemic, which claimed a number of lives every day, and oxygen supply shortage was reported at various hospitals.

Both daily cases and single-day death count had started spiralling up from April 19, with over 28,000 cases and 277 deaths recorded on April 20; rising to 306 fatalities on April 22. On May 3, the city registered a record 448 deaths, according to official data.

Municipal records show that only 4,656 birth certificates were issued in May, while the figure was 5,997 in April and 4,976 in June.

Officials suggested that the decline in birth certificates may be due to the reduction in institutional births such as those in hospitals, maternity centres because of the pandemic.

"During the second wave, people preferred not to visit hospitals for deliveries due to possibility of getting infected with Covid. This might have given rise to home births of babies and hence a drop in the birth registrations during the second wave," another SDMC official said.

However, the official predicted that the number of issuance of birth certificates might go up in coming months.

“Now when the Covid-19 cases have gone down drastically, people may come forward for birth registration of their child born during the second wave. So months like July and August might see an increase in the number of birth certificates issued," he added.

This story has been published from a wire agency feed without modifications to the text. Only the headline has been changed.

Thank you for subscribing to our newsletter. 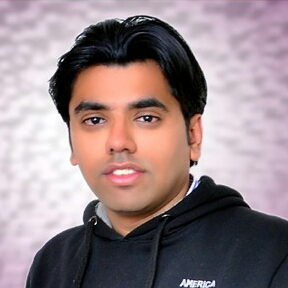 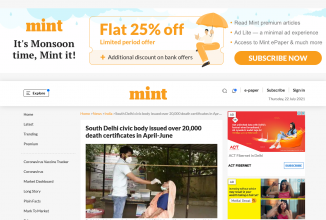 This article has been aggregated from www.livemint.com and they maybe/are the copyright owners of the same. If you are the Author/Copyright owner of this article and want us to remove the same then send an email to admin@southdelhi.news so that we can delete it immediately. We sincerely regret and apologies for any inconvenience caused to you due to the same. Though it is your decision but please take note that the link to your website and the article have been given above, within and on the bottom of the article.