Sonia fashions a sonset for a new Congress dawn

Sonia fashions a sonset for a new Congress dawn 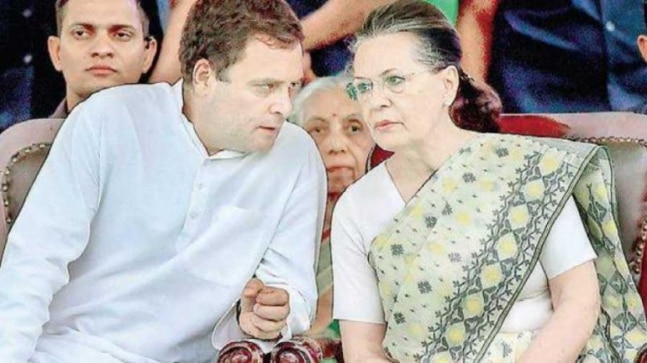 It’s been a bitter pill for Congress leader Rahul Gandhi. And it’s been administered by his mother, Congress president Sonia Gandhi. The party leader’s act of dismantling a powerful group of 23 dissenters who dared to question her leadership style and sought inner party democracy is a setback to the great young hope of the Grand Old Party.

The Congress reset is built around Sonia’s packing the Congress Working Committee (CWC), its permanent invitees, special invitees and All India Congress Committee (AICC) office-bearers with members of the party’s old guard. There is little sign of ‘Team Rahul’ except in Jitendra Singh, Manickam Tagore, Devendra Yadav, and a few others.

Randeep Surjewala has been included in the six-member committee that advises Congress president. (Photo: PTI)

AICC functionaries like KC Venugopal, Ajay Maken, Randeep Singh Surjewala too bear the Rahul stamp but these individuals were politicians in their own right before making a clever and calculated choice to side with the young Gandhi. The presence of heavyweights Ahmed Patel, Mukul Wasnik, Harish Rawat, Oommen Chandy, Tariq Anwar, Rajiv Shukla and others is Sonia’s stern reminder to Rahul of the need to take everyone along. This would include having good functional ties with Jitin Prasada who was once a regular face in Team Rahul but later joined the dissenters.

The reconstitution of Congress’ central election authority is a signal that the Wayanad MP would have to take an election route rather than nomination. Rahul loyalist Madhusudan Mistry heads the panel that would supervise party polls. Rajesh Mishra, Krishna Byre Gowda, Jothimani S and Arvinder Singh Lovely are other members of the panel. Lovely was one of the 23 signatories to the letter seeking inner party democracy.

Shashi Tharoor is one of the 'leftover' dissenters in Congress. (Photo: PTI)

In fact, there has been a pattern in every party panel that at least one of the dissenters has been included. It is to showcase the hollowness of their conviction and Sonia’s way to force them into submission. The ‘leftover’ dissenters like Kapil Sibal, Manish Tiwari, Shashi Tharoor, Milind Deora, Vivek Tankha, Prithviraj Chavan, etc are left with the awkward option to compromise or look for pastures which are far from green.

Top sources in the Congress insist that non-inclusion of K Raju and Kanishka Singh is ‘strategic’ in nature as these individuals continue to be part of Rahul’s secretariat and have the potential to bounce back once Rahul formally takes over as party president.

Ahmed Patel is one of the strong veteran leaders of Congress. (Photo: PTI)

Between 2006 — when Rahul became AICC general secretary at Hyderabad — and now, Rahul had made many attempts to break the stranglehold of the likes of Ahmed Patel, Ambika Soni, Mukul Wasnik, Rajiv Shukla and all those above the age of 75. But Friday’s mammoth exercise has seen continuation of AK Antony, Oommen Chandy, Mallikarjun Kharge and others in the CWC. The number of permanent and special invitees in the CWC makes a mockery of the Congress party constitution that stipulates 12 elected and an equal number of nominated members in the apex decision-making body of the Congress.

Leaders like Pawan Kumar Bansal, Digvijaya Singh, Tariq Anwar, Salman Khurshid, Rajiv Shukla and Pramod Tiwari need to send a ‘thank you’ note to Ghulam Nabi Azad, Kapil Sibal, Vivek Tankha and other members of G23. Had Azad not blown up his loyalty façade, Anwar could not have got in with ease. In May 1991, Anwar, along with Sharad Pawar and PA Sangma, had challenged Sonia on grounds of her foreign origins. But then in politics, everyone has a right to learn and live. And who better than Sonia knows this. It seems she is determined to pass on these fundamentals to otherwise heady Rahul Gandhi. The message to him is clear be a team leader. His mother has yet again put her acumen and prestige at stake with a singular wish: to make Rahul a success and a worthy inheritor of Nehru-Gandhi legacy.

Views are personal. Journalist-author Rasheed Kidwai is a visiting fellow of ORF.