It's Audubon's first gorilla birth in nearly 25 years and the first offspring for the 13-year-old gorilla. Although this baby gorilla is the second western lowland gorilla born at a U.S. zoo this year. 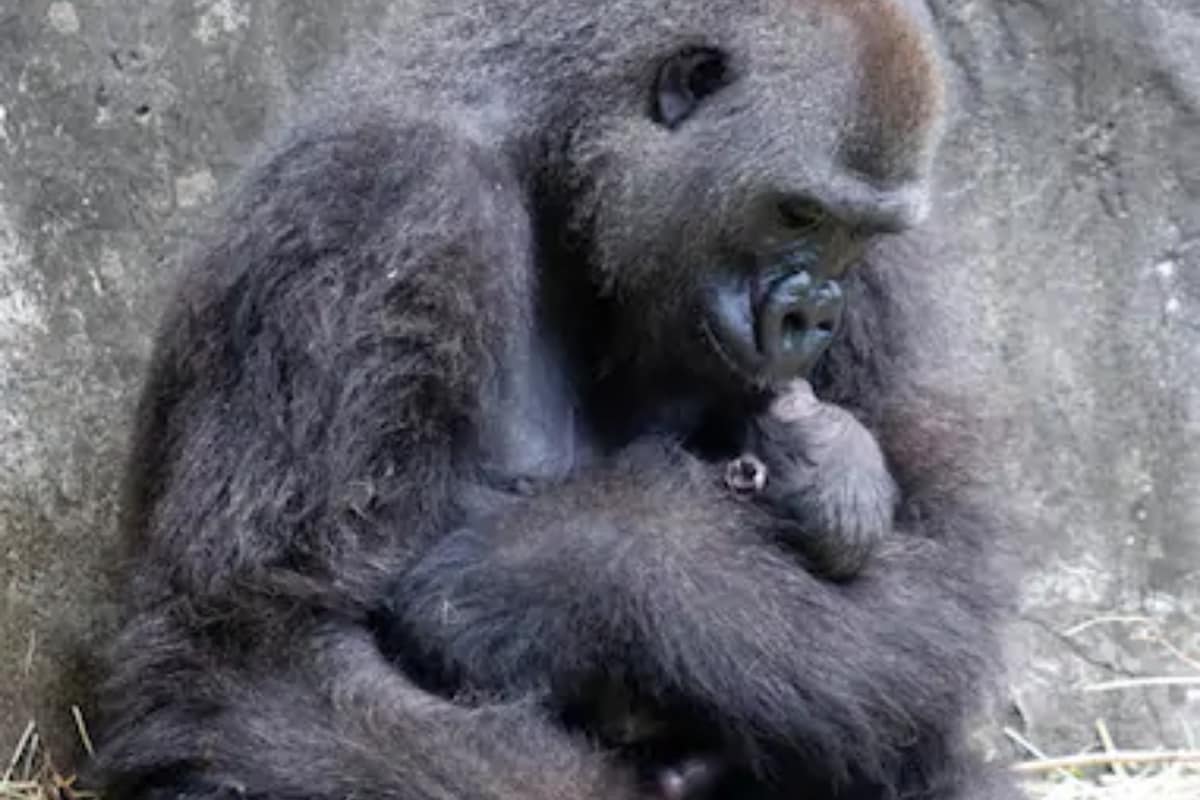 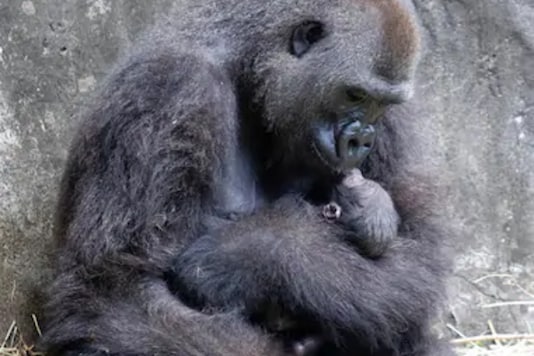 Tumani, a critically endangered western lowland gorilla holds her newborn at an enclosure at the Audubon Zoo, following its birth. Credits: AP

It's Audubon's first gorilla birth in nearly 25 years and the first offspring for the 13-year-old gorilla. Although this baby gorilla is the second western lowland gorilla born at a U.S. zoo this year. Associated Press Last Updated: September 9, 2020, 3:59 PM IST FOLLOW US ON:

A tiny baby gorilla has been born at the zoo in New Orleans.

Gorilla babies weigh about 4 pounds (1.8 kilograms) at birth, and photos and video from the zoo show 13-year-old mom Tumani cuddling her tiny newborn.

“All gorilla mothers vary on how they carry their infants. Some even carry football style,” Smith wrote. “In the beginning, she was keeping it close to her mouth ... to clean. She is carrying it differently now. She is supporting it more on its backside and keeping it low so that it can nurse.”

Although the birth was about two weeks after what the zoo had put as the last likely due date, keepers weren’t worried, Smith said since the dates were based on observed matings.

Once keepers knew Tumani was pregnant, she was trained to carry a baby using a “doll” made from firehose canvas.

Native to central Africa, western lowland gorillas were declared critically endangered in 2007 because of habitat loss as well as deaths caused by the Ebola virus and hunters who killed them illegally for their meat.

The baby is at least the second western lowland gorilla born at a U.S. zoo this year. A female was born Jan. 18 at the Los Angeles Zoo.

It’s Audubon’s first gorilla birth in nearly 25 years. The zoo’s firstborn gorilla is Praline, who is 24 years old and still at the zoo, where the troop also includes a third female, Alafia.

The zoo says its entire primate area will be closed while Tumani and the entire troop bond with the baby. The zoo says the white patch helps mother gorillas keep track of infants and helps other gorillas recognize it as a baby. The patch will fade when the great ape is 3 to 4 years old, according to the zoo’s news release.