Umar Khalid was arrested on Sunday for his alleged involvement in Delhi riots case and has been booked under the UAPA. 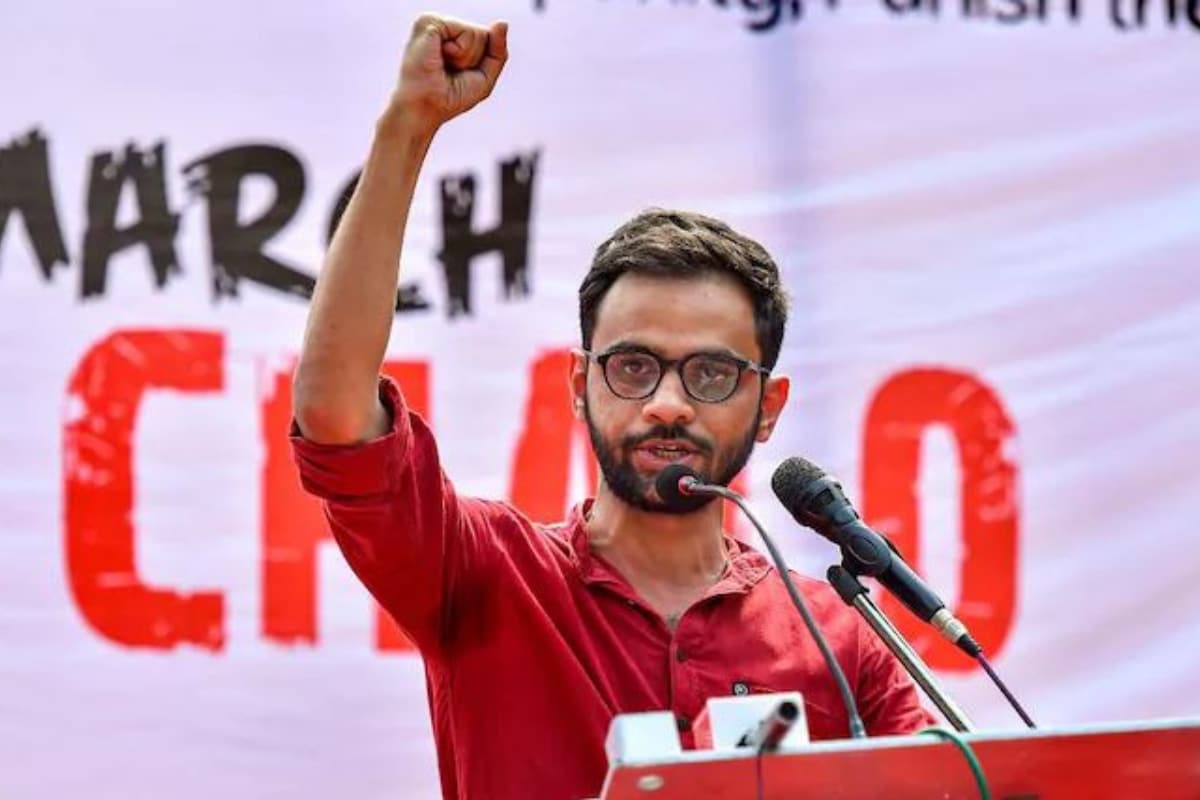 Umar Khalid was arrested on Sunday for his alleged involvement in Delhi riots case and has been booked under the UAPA. News18.com Last Updated: September 14, 2020, 11:50 AM IST FOLLOW US ON:

Activist and student leader Umar Khalid has been arrested by the Delhi Police for his alleged role in Delhi riots that rattled the national capital in February. Khalid has been booked under the Unlawful Activities (Prevention) Act(UAPA). Former JNU student Khalid was arrested on Sunday night after eleven hours of questioning and will be produced before a Delhi court on Monday.

From being a student leader to being accused in the Delhi riots case, what transpired through the years in his life? Here is a brief about major controversies and events surrounding him.

Who is Umar Khalid?

Umar Khalid came to limelight as a vocal student leader, along with Shehla Rashid and Kanhaiya Kumar, of the JNU in February 2016 when an event on the campus led to sedition row. He has been a critque of the government and has been in opposition of the Citizenship Amendment Act (2019). One of the accusations that Khalid faces is that he had met AAP councillor Tahir Hussain and Khalid Saifi of ‘United Against Hate’ in January at Shaheen Bagh where Umar Khalid had asked him “to be prepared for something big" during US President Trump’s visit to India. Shaheen Bagh was the epicentre of the anti-CAA protests with women leading a sit-in protest demonstration.

How Did his Name Come in Delhi Riots Case?

In March, Amit Malviya, head of the BJP IT cell, tweeted video of Khalid's speech in Amravati that he gave on February 17. He implied that the riots were pre-planned ahead of US President Donald Trump's visit. "Umar Khalid, already facing sedition charges, gave a speech in Amaravati on 17Feb, where he exhorted a largely Muslim audience to come out on streets in huge numbers when Trump arrives in India on 24th.Was the violence in Delhi planned weeks in advance by the Tukde Tukde gang? (sic)," Malviya wrote in a tweet.

Umar Khalid, already facing sedition charges, gave a speech in Amaravati on 17Feb, where he exhorted a largely Muslim audience to come out on streets in huge numbers when Trump arrives in India on 24th.Was the violence in Delhi planned weeks in advance by the Tukde Tukde gang? pic.twitter.com/feUMwpPeKS

A month after Malviya's tweet, Khalid was booked under UAPA and was accused of making “provocative” speeches before the riots broke out in Delhi. However, Khalid has maintained on several occasions that he has always been in support of peaceful protests.

What Did Khalid Say in Amravati?

However, the speech was used by several BJP leaders, including Home Minister Amit Shah, Meenakshi Lekhi and Tejaswi Surya to accuse Khalid of provoking people to protest ahead of Trump's India visit. "Khalid in his rally in Amravati had said riots will take place in Delhi, much before the actual riots took place," former Maharashtra chief minister Devendra Fadnavis had said.

Riots had erupted in northeast Delhi on February 24 as clashes between those supporting the Citizenship (Amendment) Act and those against the legislation turned violent, resulting in the deaths of over 50 people. During the riots, 108 police personnel received injuries and two died.

So far, the Delhi Police has registered 751 FIRs in connection with communal riots. The police also said that the riots also resulted in large-scale damage to both private and public properties. Till now, the police have arrested 1,575 individuals in 751 cases. Over 250 chargesheets have been filed in the riots related cases in which 1,153 accused have been charge-sheeted.