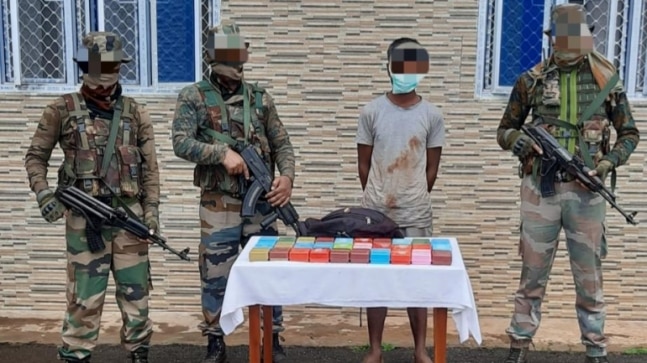 Drugs worth Rs 1.66 crore were seized from Assam and Manipur.

Based on intelligence input, Karimganj district police launched an operation at Malua area near Badarpur on Friday night and seized 18,000 Yaba tablets worth Rs 90 lakh from a house owned by Samim Ahmed Tapadar.

A top of official of the Karimganj district said that the seized Yaba tablets were transported via Myanmar border to be smuggled into the northeastern states and were then moved to different parts of the region and Bangladesh.

On the other hand, the troops of Assam Rifles seized suspected brown sugar and apprehended a drug peddler at Moreh area along Indo-Myanmar border in Manipur’s Tamenglong district.

Based on specific input about movement of contraband across the Indo-Myanmar border, a team of Moreh Battalion of Assam Rifles launched an operation at Hoelenphai area on Friday evening and observed movement of a suspected person who was challenged for frisking.

On seeing the security personnel, the man tried to escape and was apprehended by the troops.

On thorough checking, approximately 380 grams of suspected brown sugar worth Rs 76 lakh was recovered from the person.

The Assam Rifles troops also apprehended the person identified as Saimanthang Mate hailing from Moreh area and he further revealed that he was asked by a Myanmar national to transport the consignment to Moreh and further beyond Khudengthabi, bypassing the check posts en route.

The drug peddler along with the recovered items were handed over to Narcotics Control Bureau (NCB) for further legal action.