The phrase on Rhea Chakraborty's tee has floated around in the online space with many giving personal touches and tweaking it to make their voices heard about the "real issues" concerning the country. 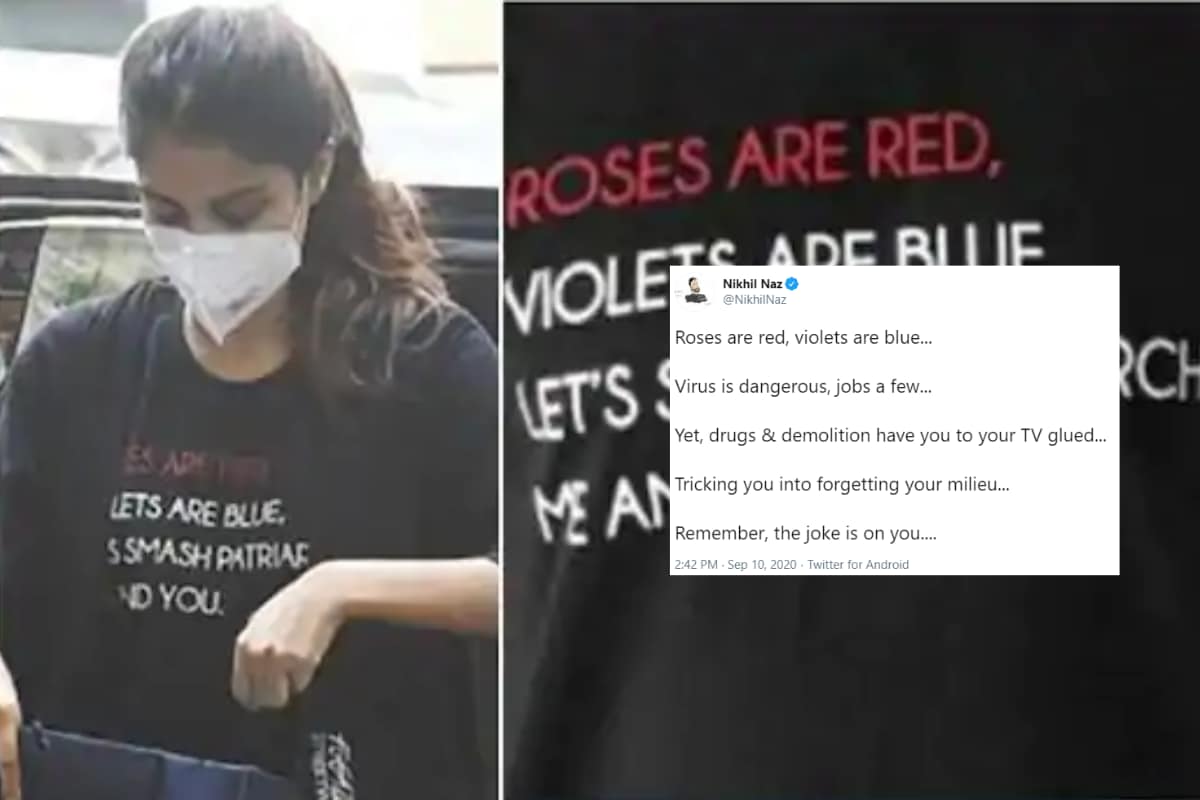 The phrase on Rhea Chakraborty's tee has floated around in the online space with many giving personal touches and tweaking it to make their voices heard about the "real issues" concerning the country. News18.com Last Updated: September 10, 2020, 5:07 PM IST FOLLOW US ON:

These words have become synonymous with actress Rhea Chakraborty in the past 24 hours or so after she arrived at her Narcotics Control Bureau hearing on Tuesday for her following investigations into her alleged involvement in her late boyfriend and Bollywood actor Sushant Singh Rajput's death by suicide.

Her t-shirt managed to create a lot of curiosity among Indians who googled "patriarchy" to know what it actually meant.

While the t-shirt was a "statement" in itself, it was part of a campaign run by popular online clothing and accessories company, The Souled Store to promote the campaign on sanitary napkins for rural women in India.

Also Read: Rhea Chakraborty's T-Shirt is More Than 'Roses Are Red.' It Promotes Campaign On Sanitary Napkins to Rural Women

But soon after the 28-year-old was taken into the custody of NCB officials, the phrase on her t-shirt became a slogan of sorts with several of her peers and colleagues standing up for her and pleading #JusticeforRhea on social media.

Since then the phrase on Rhea's tee has floated around in the online space with many giving personal touches and tweaking it to make their voices heard about the "real issues" concerning the country.

Roses are red, violets are blue...Virus is dangerous, jobs a few...Yet, drugs & demolition have you to your TV glued...Tricking you into forgetting your milieu...Remember, the joke is on you....

Roses are redViolets are blueCorona case are skyrocketing The media has no clue.