Rhea Chakraborty's T-Shirt is More Than 'Roses Are Red.' It Promotes Campaign On Sanitary Napkins to Rural Women

Rhea Chakraborty's T-Shirt, 'Roses are Red' made headlines for its message when she appeared for her NCB hearing. But the real reason behind the T-Shirt, has been missed. 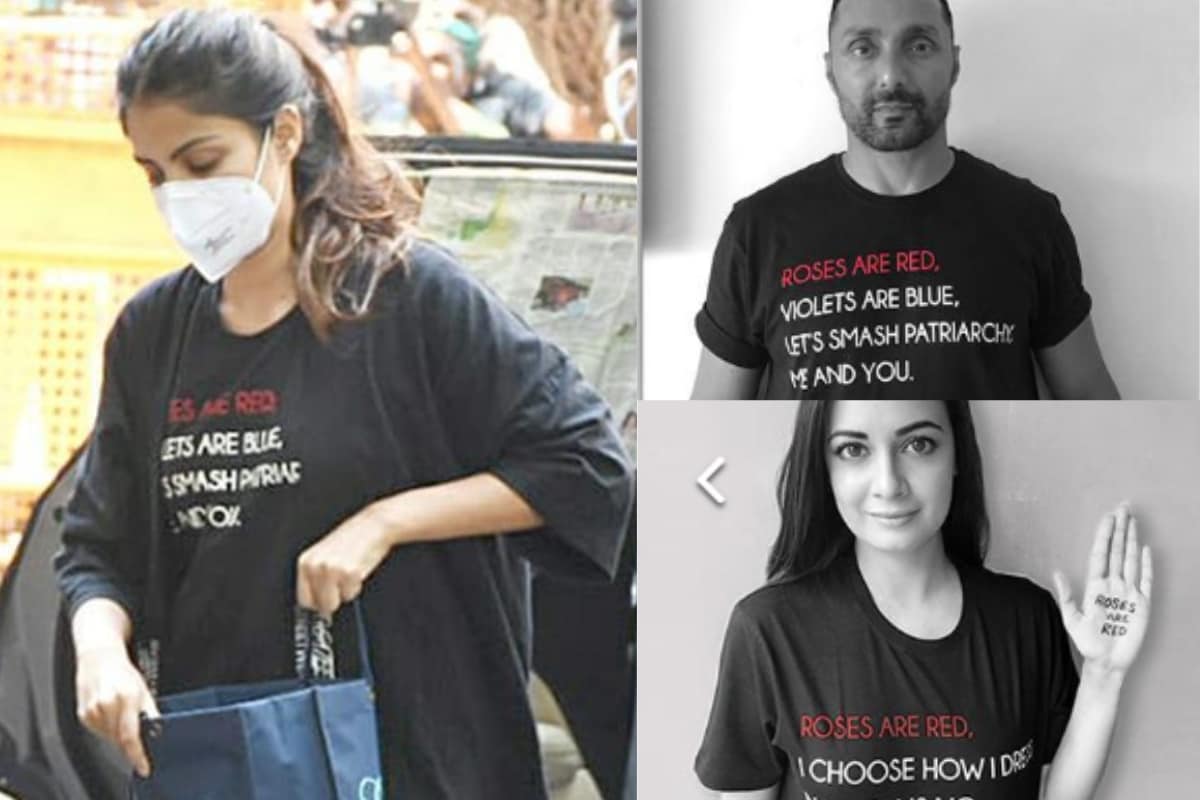 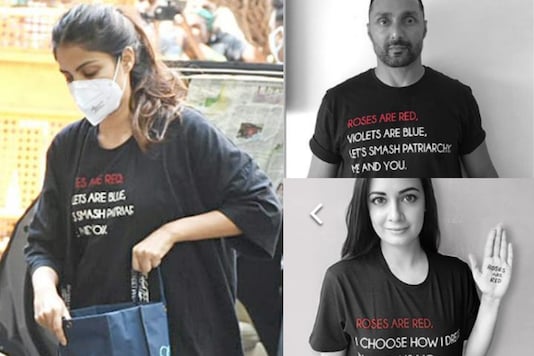 Rhea Chakraborty's T-Shirt, 'Roses are Red' made headlines for its message when she appeared for her NCB hearing. But the real reason behind the T-Shirt, has been missed. News18.com Last Updated: September 9, 2020, 2:16 PM IST FOLLOW US ON:

On Tuesday, as actress Rhea Chakraborty arrived to her NCB hearing, she grabbed the attention of the media for several reasons: Her alleged involvement in late actor Sushant Singh Rajput's death, and for allegedly possession of drugs.

Something else which stood out was her T-Shirt.

Her T-Shirt, which read "Roses are red, violets are blue, Let’s smash patriarchy, Me and you", seemed to grab eyeballs on social media.

Searches for the meaning of patriarchy instantly spiked on Google along with searches for Rhea Chakraborty. The searches came from across the country including states like Goa, Maharashtra, Uttarakhand, as well as Delhi and Chandigarh.

"The Souled Store, in collaboration with GiveHer5, is all set to change this. In order to increase awareness about the problem and raise funds in an innovative and engaging manner, we decided to launch a limited edition range of merchandise," reads the official campaign page of The Souled Store, called 'Roses are Red.'

Give Her 5, the NGO which collaborated with The Souled Store, is a social initiative bringing safe sanitary solutions to women in rural areas across India. They distribute Saafkins(reusable sanitary napkins), hold informative workshops, and perform critical research to ensure that women have equal opportunity to attend school and work, closing the education and income gaps caused by period poverty.

The campaign of the T-Shirt on The Souled Store featured actors like Rahul Bose, Dia Mirza and prominent social media influencers like Miss Malini, Tanmay Bhat and Ananya Johar.

The fact that Chakraborty a T-Shirt chose about the 'patriarchy' following the viral images of her looking helpless and harrassed amid a sea of poking microphones held by male journalists was a not a "bold" move as some might call it. It was a message that the sexism cannot be justified, no matter who a woman and what she has (or hasn't) done.

Chakraborty is currently in the custody of NCB officials.