No one knew why their partners chose to end their lives, but everyone's guess has been to pin the blame on the women in their lives. 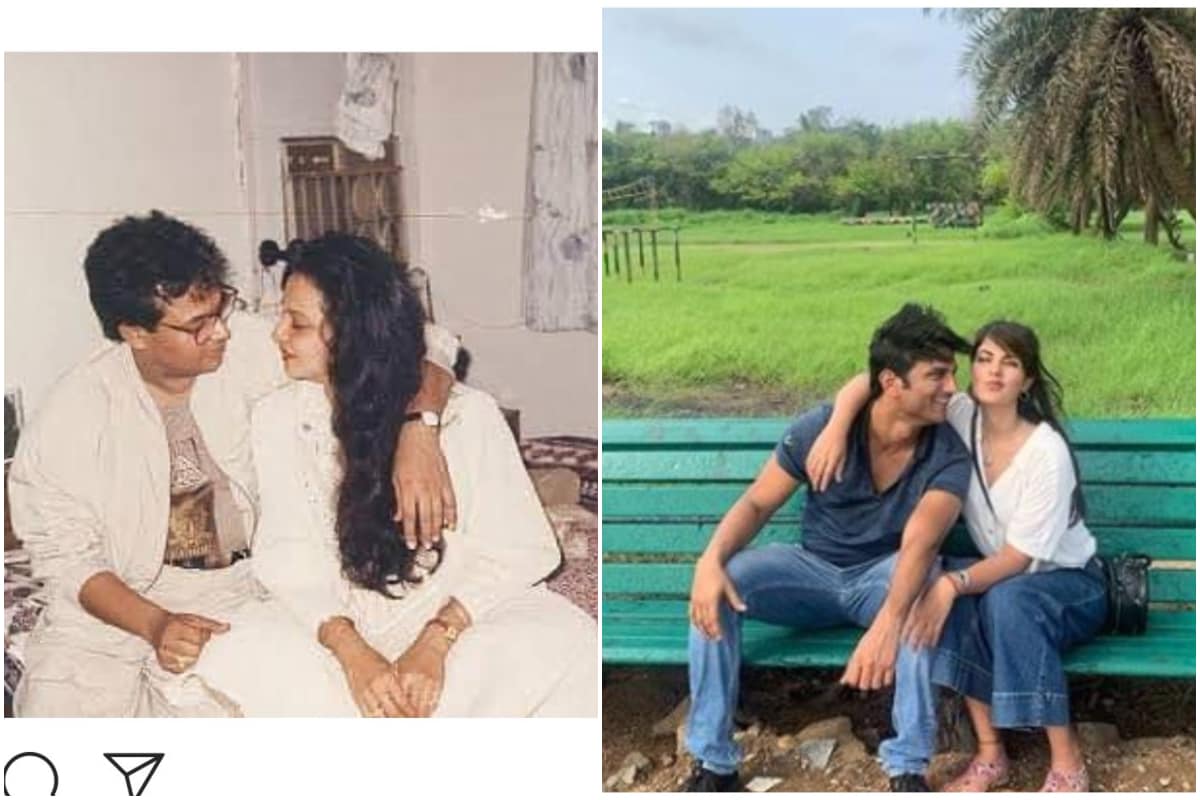 No one knew why their partners chose to end their lives, but everyone's guess has been to pin the blame on the women in their lives. News18.com Last Updated: September 14, 2020, 10:06 AM IST FOLLOW US ON:

She was called a witch and was accused of devouring her partner, media hounded her, the film industry where she worked abandoned her, media trial pronounced her guilty of leading to her partner's death. No one knew the truth, but allegations and accusations flew left, right and centre and before anything could be proven, she was held guilty of killing her husband.

That is how yesteryear's super-hit actress Rekha faced a media trial after her husband Mukesh Aggarwal died by suicide back in 1990. However, 30 years later, it looks like a deja vu for actress Rhea Chakraborty who faced a similar trial and is being accused for pushing her partner, actor Sushant Singh Rajput, to suicide. Sushant was found hanging in his Bandra home on June 14.

Over the past few days, Rekha's story has surfaced on social media after Rhea was arrested earlier this week by the Narcotics Control Bureau (NCB). The parallels between the story of two women is starkly similar. No one knew why their partners chose to end their lives, but everyone's guess has been to pin the blame on the women in their lives.

"A national witchhunt followed," the post says and adds how rekha was called a 'cold-hearted man-eater' all across the country. Her mother-in-law called her a witch who took away her son. The mourning mother's desperate wail made it to the headlines of newspapers back then. Rekha's brother-in-law too blamed her for pushing him to suicide, the post adds. It also mentions Bollywood biggies like Subhash Ghai and Anupam Kher giving out bizarre statements.

Ghai even said that the incident had done great damage to the image of actresses and respectable families would think twice before marrying their sons to actresses. Kher was quoted as saying that Rekha was turned into national vamp and her career would be affected with her husband's suicide.

Just like Rhea, Rekha too was subjected to media sensationalism and headlines like 'The Black Widow, The Macabre Truth Behind Mukesh's Suicide'.

Rekha met businessman Mukesh in Delhi and the two fell in love. They got married in 1990. But just seven months after her marriage, Mukesh was found hanging, allegedly by his wife's dupatta, in his room in October 1990. The incident changed her life, professionally and personally, forever.

Mukesh was suffering from chronic depression and Rekha came to know about it only after their marriage, an excerpt from the book Rekha: The Untold Story. Mukesh displayed erratic behaviour which affected their relationship. Unable to cope with his condition, Rekha reportedly stepped back from the relationship and ended all contacts with him. A failed business added to his misery, while his friends too recall a time when he had shown suicidal tendencies.

It was a roller-coaster ride for Rekha to make a comeback to the big screen with Phool Bane Angaray after being hounded for her husband's death.

Thirty years have passed. Cut to India 2020. Rhea's fate looks similar to Rekha's with cameras and TV debates prying on her privacy, a witch-hunt and a smear campaign haunting her. The frenzied coverage of Bollywood actor Sushant Singh Rajput's death and vilification of his actor-girlfriend Rhea Chakraborty has dominated prime-time in India.

READ: Sexist Trolling of Rhea Chakraborty is Just as Bad as Threats of Violence against Kangana Ranaut

While the Mumbai police had then said that the 34-year-old actor had taken his own life, and reports in the press suggested he had been dealing with mental health issues, things took a turn when Rajput's father accused Chakraborty of abetment of suicide, stealing his son's money, overdosing him on medication, and even murdering him.

On Tuesday, Chakraborty was arrested by India's narcotics control authority for allegedly buying cannabis for Rajput. She denies all the allegations against her. But the vilification has continued on primetime television channels.