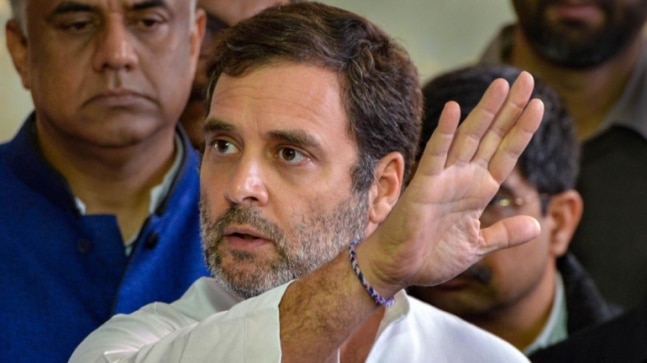 Having drawn flak from the BJP for not attending a single meeting of the Parliamentary Committee on Defence, Congress leader Rahul Gandhi today raised the question of different food served to jawans and officers at the border.

Earlier, the BJP countered Rahul Gandhi's relentless attack on the Narendra Modi government questioning its border management policy, particularly in the context of China's repeated attempt to change the status quo in Ladakh.

The BJP had questioned the seriousness of Rahul Gandhi's criticism saying the Congress leader had not attended a single meeting of the Parliamentary Committee on Defence.

At the meeting, Rahul Gandhi said salary can be linked to rank but not diet. "Don't compromise on diet of jawans who face harsh conditions for longer hours while on duty," Rahul Gandhi said.

He appealed to the defence committee to pass a resolution for diet parity between jawans and officers specially in border areas.

Responding to Rahul Gandhi's comments, Chief of Defence Staff (CDS) General Bipin Rawat told the defence parliamentary panel that there is no difference in quality or quantity of food served to jawans and officers.

Dismissing the assertions by Rahul Gandhi, CDS Rawat said the difference exists in case of food habits citing example that soldiers prefer rotis while officers opt for bread too.

"Soldiers are mostly from rural background and they prefer desi ghee while officers may opt for cheese," CDS Rawat told the parliamentary panel.

General Rawat said there are regional differences in food habits and it is commonly seen that those coming from the northern parts of the country prefer wheat while those from the south and the east prefer rice.