Climate change is affecting some of the world's least powerful people, the Dalai Lama added. 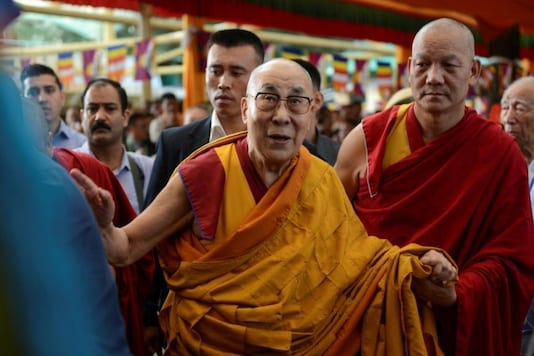 Climate change is affecting some of the world's least powerful people, the Dalai Lama added. AFP Last Updated: September 14, 2020, 9:16 AM IST FOLLOW US ON:

"Now we should pay more attention about global warming," the exiled leader said in a video message to a virtual meeting of Group of Seven parliamentary leaders.

The session was hosted by the speaker of the US House of Representatives, Nancy Pelosi, a longstanding advocate for the Himalayan region.

National leaders have been meeting less frequently with the Dalai Lama due to pressure from China.

In his video address, the Dalai Lama said people today have more of a sense of shared interest in saving the planet.

"If you look (at) past history, too much emphasis individual nation, individual religion, including color," the 85-year-old Buddhist leader said, according to a statement from the International Campaign for Tibet.

"So it creates a lot of problem. Basically, you see, they are selfish, self-centered attitudes," the 1989 Nobel peace laureate said.

Climate change is affecting some of the world's least powerful people, the Dalai Lama added.

"Due to global warming, too much rain some area. Some area dry. So these people suffer,” the Dalai Lama said. "Particularly like in Africa and some area in India and China also."

The impact along economic lines is also imbalanced, he added.

"The rich people, big hotel, not much serious sort of feeling,” the Dalai Lama said. “But poor people, they really face serious problem."