Purely satirical and a parody, the event however, has over 20,000 very real people signed up at the time of writing this article. 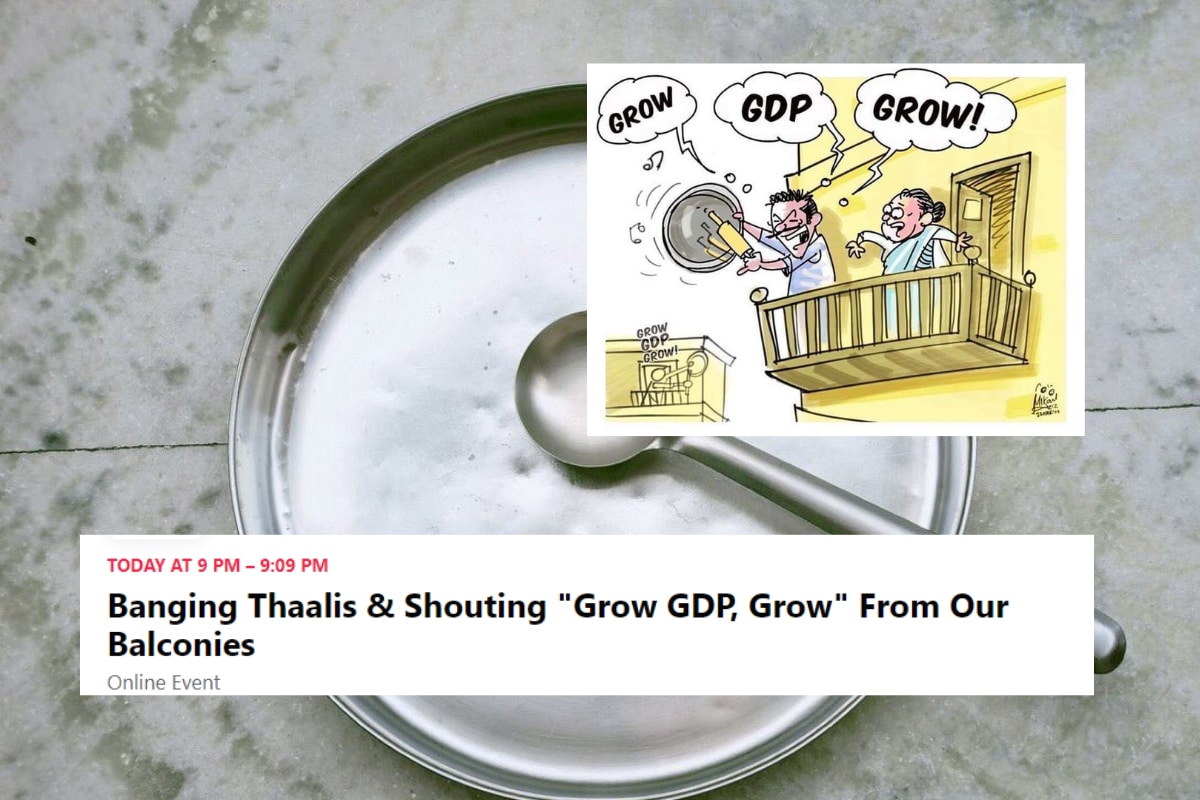 In late February, a video of Union Minister Ramdas Athawale chanting 'Go corona go' along with Chinese counsel went viral on the Internet.

The slogan, which aimed to tell the invisible, global-pandemic causing virus to 'leave' has since become very popular, with many using it in the months since. The virus, however, appears to be here to stay, as India surpassed Brazil to become the country with the second-highest case load in the world.

As India's Covid-19 cases keep rising, India's GDP has been on a drastic fall. Last week, new data released showed a collapse of 23.9 per cent of gross domestic product in the second quarter.

The GDP contraction in the April-June period of FY21 was the largest slump on record since India started reporting quarterly data in 1996.

While many were outraged at it, Gen-Z and millennial did what they did best - make memes out of it, to channel their feelings online.

But that's not where we stopped. A tweet which went viral, mentioning mimicking the 'Taali bajao, thaali bajao, for healthworkers,' to match with the 'Go corona go' chant, and ask the GDP to grow.

Thinking of spending 9 minutes at 9 pm on 9th September on the terrace with a thali, screaming "grow GDP, grow."

And then it turned into a real event.

Hosted by satirical page, 'Pictures Of Taimur Ali Khan To Distract You From Real Issues' the event, called 'Banging Thaalis & Shouting "Grow GDP, Grow" From Our Balconies' is scheduled at 9 PM today.

“At 9 pm on the ninth day of the ninth month, we will bajao thaalis and scream "Grow GDP, grow" from our balconies. Maintain social distancing and keep your cameras handy for some instant PR work with a peacock or something," reads the description.

Purely satirical and a parody, the event however, has over 20,000 very real people signed up at the time of writing this article.

Much like most events held in recent times, whether it required banging utensils, or lighting candles, a host of 'WhatsApp messsages' which would make its way on the family groups and forwards of Boomers of the 'scientific effects' of the event, has also made its way to the group, written with accurate detail, and sarcasm.

"Number 9 has very scientific implications. On 9/9 at 9 p.m. for 9 minutes all the 9 planets would be aligned and their energies will combine and help in growing the gdp at nine times the current rate. (-23*9 = 457%) and our economy will become a 9 trillion economy.

This only happens once in every 9 millenniums," wrote one user in the discussion of the event.

While the idea for the 'country-wide event' is a parody at best, we're wondering how many Indians may actually perform the act - even as a joke.