'Nothing to do With Us': Pakistanis are Mocking Kangana Ranaut for Comparing Mumbai to Pakistan

Reacting to Kangana Ranaut's comparison of Mumbai to Pakistan, Pakistani comedian Zarrar Khurro wrote on Twitter, 'Madam we have nothing to do with your drama'. 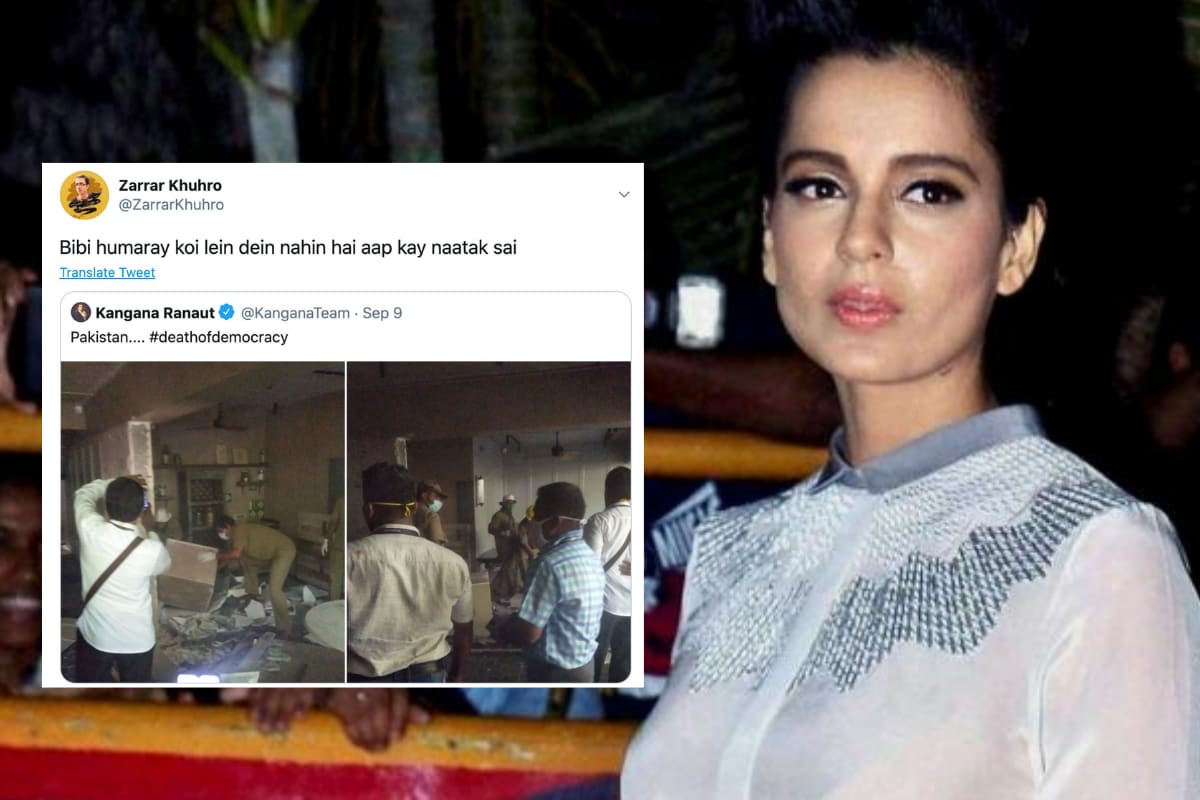 Reacting to Kangana Ranaut's comparison of Mumbai to Pakistan, Pakistani comedian Zarrar Khurro wrote on Twitter, 'Madam we have nothing to do with your drama'. News18.com Last Updated: September 11, 2020, 12:01 AM IST FOLLOW US ON:

Bollywood actress Kangana Ranaut recently kicked up a row with the Shiv Sena government in Maharashtra after she referred to Mumbai as Pakistan and PoK. But it seems Sena workers and Mumbaikars are not the only ones irked by the Manikarnika actress's comments. Several Pakistanis seems to also have taken issue with Ranaut comparing Mumbai to Pakistan.

The actress's allegations came in the wake of a war-of-words between Sena and Ranaut who claimed that Mumbai resembled Pakistan Occupied Kashmir after Sena spokesperson Sanjay Raut asked her to not return to Mumbai.

Raut's comments had come after Ranaut, who was in Himachal Pradesh at the time, accused Mumbai police of inefficiency. Ranaut also claimed she required protection from Himachal Police or centre when she returned to Mumbai to further probe her charges of the industry's apparent drug use habits, leading to further scathing reactions from the party.

In wake of the controversy, the Brihanmumbai Municipal Corporation (BMC) demolished a part of Ranaut's office in Mumbai claiming it was part of illegal construction. The outraged actress posted images of the demolished office with the caption, "Pakistan".

While the images along with her tweet went viral, many sniffed out the veiled communalism of the post. Even as Ranaut received backlash for her post with even the BJP distancing itself from her "Pakistan" comment, Pakistani Twitter was lit with jokes at the expense of Ranaut.

Dear Kangana, please fight your political/other battles without involving our country's name. In Pakistan, houses or offices of national heroes are not demolished. https://t.co/LmsmE8hymE 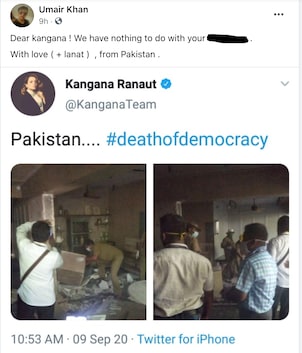 Ranaut, who arrived in Mumbai on Wednesday amid high Y plus security, has posted a video message addressing Maharashtra Chief Minister Uddhav Thackeray after the BMC demolished parts of her home in Mumbai. She shared that she now understands how Kashmiri Pandits felt after property is vandalised.