Jaffer Bhai Mansuri, fondly known as the Biryani King of Mumbai was instrumental in setting up the famous Delhi Darbar restaurant in 1973. 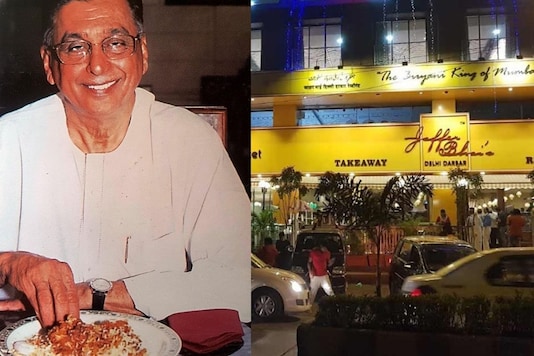 Jaffer Bhai Mansuri, fondly known as the Biryani King of Mumbai was instrumental in setting up the famous Delhi Darbar restaurant in 1973. PTI Last Updated: September 11, 2020, 9:09 PM IST Share this:

Jaffer Bhai Mansuri, fondly known as the Biryani King of Mumbai who was instrumental in setting up the famous Delhi Darbar restaurant in 1973, passed away due to cardiac arrest on Thursday while being treated for COVID-19.

Mansuri, 83, who was originally from Ahmedabad, is survived by four sons and three daughters.

The Biryani King was undergoing treatment at the Breach Candy Hospital here, where he was admitted a week ago with symptoms of COVID-19.

Maharashtra's Minority Development as well as Skill Development and Entrepreneurship Minister Nawab Malik said in a tweet, "Saddened to hear about the demise of Jaffer Bhai Mansuri of Delhi Darbar."

"May the almighty grant him jannah. Condolences and strength with the family in the hour of grief," he added.

Jaffer Bhai, who began his culinary journey from an outlet in the crowded Islamapur near Kamathipura in the city, expanded his chain of restaurants when his sons joined him in the business Jaffer Bhai's Delhi Darbar.

Pradeep Shetty, vice-president of the Hotel and Restaurant Association of Western India (HRAWI) and joint honorary secretary of the Federation of Hotel and Restaurant Associations of India (FHRAI) told PTI: "Our collective hearts go out to the family for their loss. Jaffer Bhai built a legacy that was, is and will be admired by many generations of Biryani aficionados to come."

The hotel and restaurant fraternity will miss him dearly, Shetty added.

Jaffer Bhai was a personal friend and will always be known as the Biryani King of Mumbai, said Gurbaxish Singh Kohli, president of HRAWI and vice-president of FHRAI.

"His passing away is a big loss to the Mumbai restaurant community. My deepest and heartfelt condolences to his family," Kohli added.