Satisfied with the job he did, forest minister Vijay Shah paid the barber Rs 60,000 on the spot. 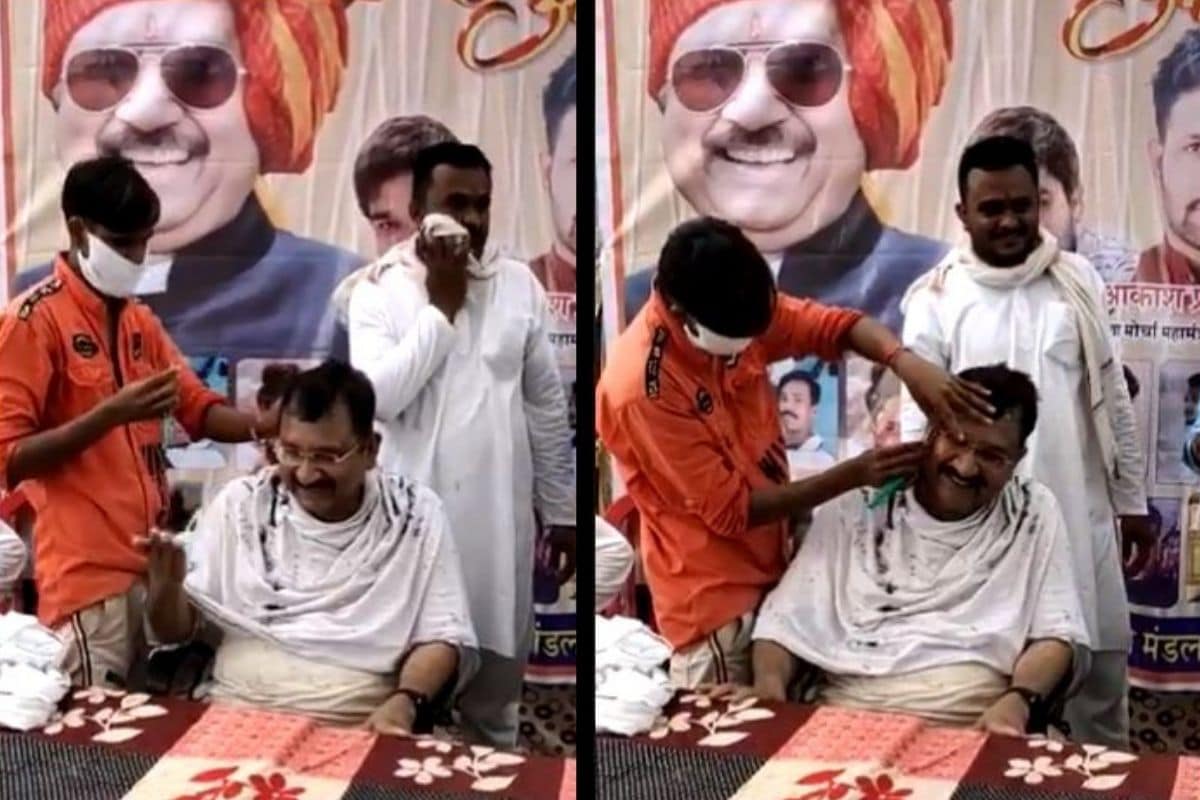 A young man who had asked for help to set up a barber's shop was asked by a Madhya Pradesh minister to demonstrate his skill on dais during a function.

Satisfied with the job he did, forest minister Vijay Shah paid the man Rs 60,000 on the spot.

The incident took place at Gulaimal in Khandwa district on Thursday.

Rohidas, a local resident, had asked the minister for financial help to start a hair saloon.

During the function, the minister called Rohidas to the stage, and asked him to give him a hair cut and shave.

Rohidas, wearing a mask, cut the minister's hair and gave him a shave then and there.

"These people are facing problems because of COVID-19 restrictions and are jobless for the last few months. I got my hair cut on the spot to give confidence to people that it is safe if precautions are taken," the minister told reporters.

The money was paid from the minister's discretionary fund, he said.

He also said that the government would provide loans through banks to the youth who want to start their own small businesses. They will only have to repay the principal amount while the state government will pay the interest, the minister said.