Middle over collapses against spinning ball a worry for Australia, says Adam Gilchrist 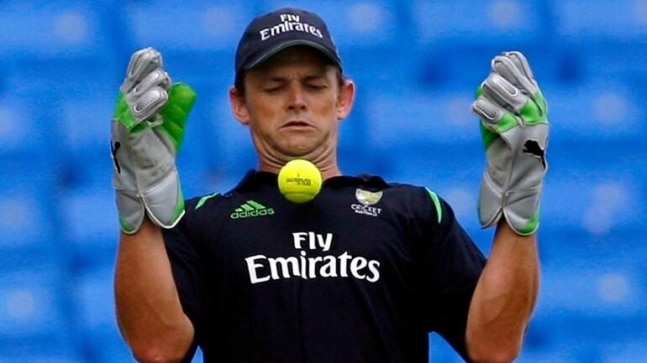 Australia legend and former World Cup winner Adam Gilchrist feels that the current Australian team seems to lose their matches to the opponents in their ‘middle overs’.

This point became more apparent in the recently concluded T20I series against England, where from a position of 98/0, the Australian side crumbled to 148/6, and eventually lost the match by 2 runs in their first T20I game in Southampton.

Adam Gilchrist feels that the Australians put on a ‘little bit of a handbrake’ in the middle overs, and urged them to be more aggressive instead.

"It [The middle overs] has been a little bit of a handbrake for the Australians in the one-day format for a number of years, particularly against the spinning ball," Gilchrist told cricket.com.au.

"Not only does the run rate come down but they tend to lose wickets in clumps we saw that with the collapse in the first T20.

"I think that's the area where other teams have tended to be accelerating and playing that more aggressive brand of cricket.

"That's been our Achilles heel for a number of years and will be challenging again, with the make-up of the England bowling line-up and how everyone in world cricket is probably aware of that handbrake for Australia there, the former World Cup winner argued.

Gilchrist suggested the three-match ODI series against England might be the perfect time to give an opportunity to the "aggressive" Josh Philippe, who plays as the wicketkeeper-batsman for Sydney Sixers.

"I reckon a guy who, in time, could very well be the solution, whether it's going out at No.1 or 2 or getting a chance in that middle order, is Josh Philippe.

"Very exciting young talent, still learning his craft, about himself and what his capabilities are, and of course match situations.

"But the quicker you get them exposed to the top level with that uninhibited approach, he can maybe catch a few teams off guard.