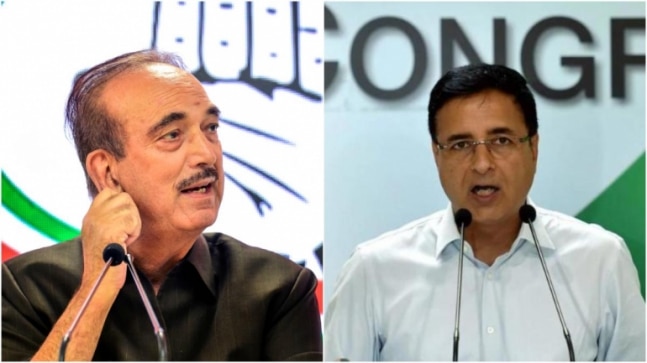 Senior Congress leader Ghulam Nabi Azad, who had rebelled against party interim chief Sonia Gandhi at the recent Congress Working Committee team, has been sacked from the general secretary position in a major reshuffle, announced on Friday.

Ghulam Nabi Azad, who was in charge of Haryana, has been replaced by Vivek Bansal.

The biggest gainer from the reshuffle is Rahul Gandhi loyalist Randeep Surjewala, who has been inducted in the high-power six-member panel that advises the Congress president.

However, Jitin Prasad has received a promotion despite being a signatory on the controversial letter to Sonia Gandhi. Prasad has been appointed as the in-charge for West Bengal, and Andaman and Nicobar Islands.

Priyanka Gandhi Vadra will continue to be in charge of Uttar Pradesh, while Rahul Gandhi loyalist Manickam Tagore will be the new secretary in-charge for Telangana.

Apart from Azad, Ambika Soni, Motilal Vora and Mallikarjun Kharge have also been removed from their posts of AICC general secretaries. However, Ambika Soni has been included in the special committee formed to assist Sonia Gandhi in organisational matters.