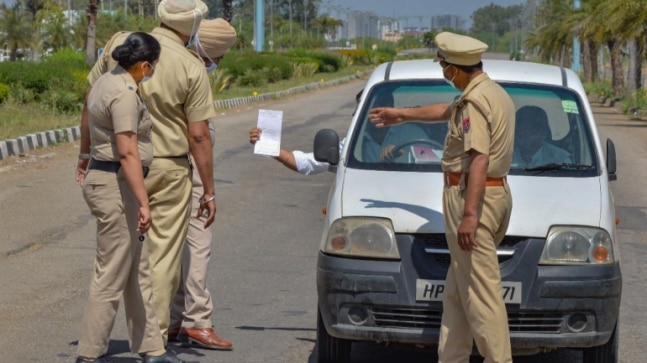 Instances of violent altercations, chain snatching and other crimes have been on the rise in Chandigarh ever since night curfew was lifted from the shared capital of Punjab and Haryana.

Chandigarh has been witnessing a sharp rise in brawls, altercations and brutal assault cases ever since the lifting of night curfew. As many as three cases of severe assault were recorded in the shared capital of Punjab and Haryana just in the past 36 hours.

In the case reported at Sector 39 police station, a 20-year-old was allegedly assaulted with a sharp-edged weapon in Daddu Majra colony. He was attacked when he was returning home from the local market on September 8. The victim has been admitted to the Government Medical College and Hospital in Sector 16 in a serious condition.

Police have identified one Barbarik as the accused and further investigation is underway.

In the second case lodged at Sector 38 police station, a 32-year-old ragpicker by the name of Aipa was allegedly attacked by Naresh who works as a rickshaw puller. The accused reportedly used a stick to attack the victim. Aipa is being treated at the Government Multi-Speciality Hospital in Sector 16.

Five men were attacked by a group of 10 individuals armed with rods as per the case of violence being probed by Sector 34 police station. The injured, include 20-year-old youth Sanjeet who is undergoing treatment at the Government Medical College and Hospital in Sector 32.

The incident took place on September 7.

As many as 53 snatching cases have been registered in the city so far. A sizeable chunk of criminals involved in various incidents of snatching and thefts have been found to be juveniles. Chandigarh police have arrested over 38 juveniles till August 15 of this year for involvement in various crimes.

Chandigarh, however, witnessed a decline in crime graph during the lockdown. Various crimes, including snatching, vehicle theft, burglary and kidnapping registered a sharp decline as compared to the corresponding period in the past two years.