Prolific author Jeffrey Archer will come out with three books of fun-filled and action-packed stories for young readers which he actually wrote when his children were young. 'By Royal Appointment', 'Willy Visits the Square World' and 'Willy and the Killer Kipper' will be available in bookstores from October 21. 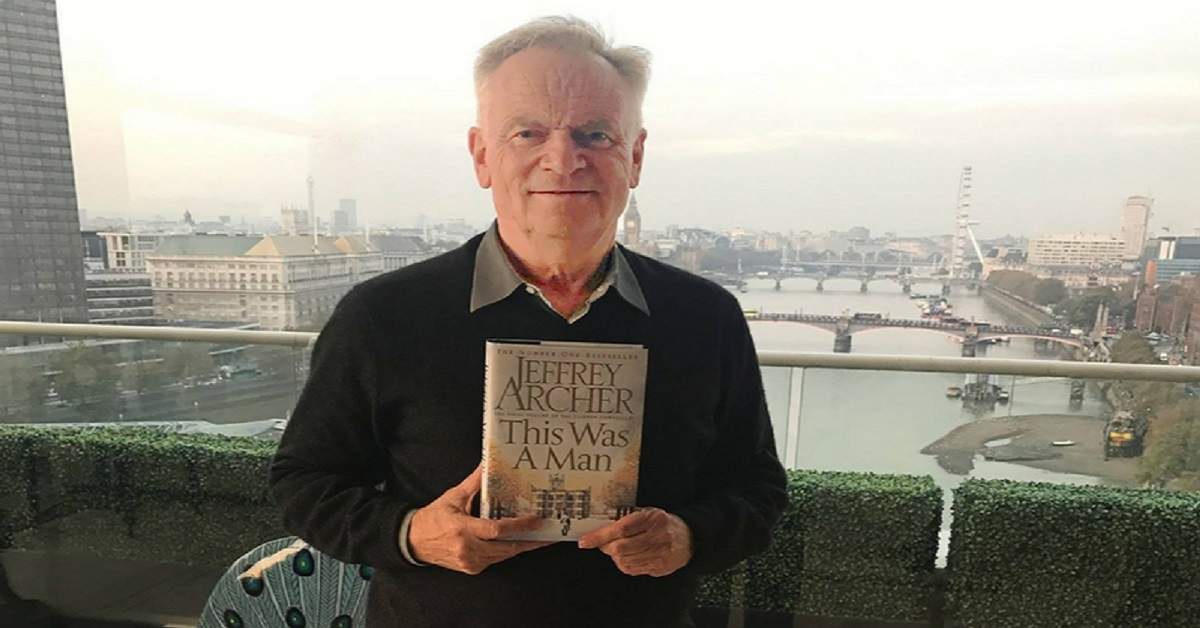 News Source/Courtesy: timesofindia.indiatimes.com
Prolific author Jeffrey Archer will come out with three books of fun-filled and action-packed stories for young readers which he actually wrote when his children were young.
'By Royal Appointment', 'Willy Visits the Square World' and 'Willy and the Killer Kipper' are for children in the age group of five to nine years and will be available in bookstores from October 21, publishers Pan Macmillan India said.
"I wrote these three books at a time when my children were aged six and four, and obviously were too young to read 'Kane and Abel'! But their friends were telling them I was an author, and they demanded their own books. Willy is my eldest son William, and James his younger brother," said the 80-year-old British author.
In 'By Royal Appointment', King Benefactor and Queen Echo of Littleland agree to have a race to decide the fastest car in the country. All the seven cars in the kingdom turn up for the race: the Speedy Car, the Greedy Car, the Flashy Car, the Trendy Car, the Shabby Car, the Silly Car and the Little Square Car.

When Yo-Yo the Cat is kidnapped, Willy and Randolph the Bear must fly through space to rescue her from the Square World to which she has been taken - with some help from the Fuzzies, the wise Big Whoosh, the Glowsnake and the Upsidedown Bird. Which means, defeating Grumpfuzz and his Thieving Bird who have captured Yo-Yo because cats are Grumpfuzz's favourite breakfast.

'Willy Visits the Square World' is about the adventure of Willy and his friends to save Yo-Yo.

In 'Willy and the Killer Kipper', when the world's largest submarine, The Neptune, is lost somewhere at the bottom of the Atlantic Ocean, Willy and Randolph venture out to save all the trapped sailors - with some help from the Rightwayup Bird, Sybil the Seagull, and Boris the Blue Whale.
Willy and Randolph are up against Konrad the Killer Kipper and his gang of a hundred horrible herrings who have captured The Neptune because he wants to eat the sailors.
Archer, whose novels and short stories include 'The Clifton Chronicles', 'Kane and Abel' and 'Cat O'Nine Tales', has topped the bestseller lists around the world, with sales of over 275 million copies.
His novel, 'Paths of Glory', won the Prix Relay du Roman d'Evasion, a prize that rewards a novel in which readers can "escape from everyday life", and 'A Prisoner of Birth' won the Prix Polar International at Prix Cognac Awards for Best Thriller of the Year.
Click Here To See More
News Source: timesofindia.indiatimes.com
jeffrey   archer   pens   books   young   readers