Is China plotting to stoke an insurgency in Arunachal Pradesh?

Is China plotting to stoke an insurgency in Arunachal? 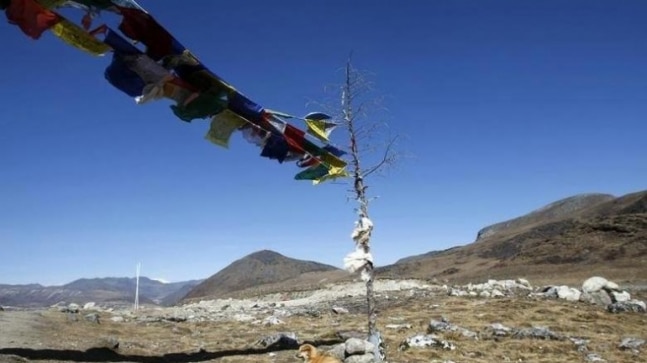 The five youths from Arunachal Pradesh who were allegedly abducted by Chinese forces were returned to India on Saturday. However, there are suspicions that the People's Liberation Army could have tried to brainwash the youths into the Chinese version of communism by honey-trapping them.

China wouldn't need to try hard to show the youths how communism is 'good' for them. They would simply be sent to pubs and made to mingle with young girls forced to seduce them.

China's honey-trapping tactics are nothing new. The PLA is known to threaten Tibetan women to force themselves on Indians, especially army personnel. That the border areas in Arunachal Pradesh are porous and unfenced makes it easier for PLA and Chinese intelligence agencies to indulge in such illegal activities.

The five youths from Arunachal Pradesh released by China on Saturday.

China has started applying a new strategy to claim areas that were never its part, such as Arunachal Pradesh. Such preposterous claims are used to force India into accepting the illegal occupation of Aksai Chin and Shaksgam Valley, and permit CPEC to pass through Pakistan-occupied Kashmir.

China has been using every visit by Indian VVIPs to Arunachal Pradesh as a pretext to raise objections and use it as an opportunity to reiterate ridiculous claims to the area to keep India on the back foot.

The Chinese penchant for changing names is well known. Beijing has been changing names to alter the history of entire regions, their people and religion. Recent utterances by Chinese foreign ministry deputy spokesman Zhao Lijian, who'd acquired a fake "Mohammad" identity while in Pakistan, about Arunachal Pradesh are direct lies without any basis.

Lijian said China has never recognised "so-called Arunachal Pradesh" and referred to it as "Zangnan", meaning South Tibet. China has been using the cyber brigade of PLA unit no. 61398 to throw up new baby names for Arunachal Pradesh.

With the proliferation of mobile technology, the population is hooked on to cheap Chinese phones, which in turn, throw up predetermined search results.

Thus, the new names in Arunachal Pradesh today are all phonetically akin to tribal names and can yet be written in Pinyin which is the standard system of Romanised transliteration of Chinese language. This was not the case even about 15-20 years ago, indicating that China has been surreptitiously working on this project for a long time.

It was a jolt from the blue for Kolkata-based think tank CENERS-K earlier this year when a Shillong University professor from Arunachal Pradesh claimed he feels closer to Tibet than India since Lhasa is closer than Guwahati from Tawang.

He said infrastructure across the border is better, and hence, time taken to reach Lhasa is lesser than Guwahati. He wanted the border with Tibet to be opened for trade and tourism. The facts were immediately put forth and he was confronted with the exact situation in Tibet even after 60 years of Chinese occupation.

The psychological warfare has been systematically unleashed by China on the Indian population, many of whom are blindly believing Chinese propaganda, the aim of which is to undermine the morale of Indian society. The malaise needs to be fought by carrying out studies at different levels and putting forth true facts. Indian authorities must identify target groups and make sure to educate naysayers and fence-sitters alike.

The Chinese are well known for drug abuse, especially opium, which was consumed in every household in the British era. They want similar conditions in today's world in occupied Tibet and Arunachal Pradesh to have a perpetually drunk society that believes and follows everything told to them.

Arunachal Pradesh is flooded with cheap liquor from China, especially "Dali" beer and "Maotai", a type of Chinese liquor. Both the items are high in demand in the mountainous region as they are very strong.

The simple and happy-go-lucky tribals of Arunachal Pradesh are purposely being force-addicted to these subsidised liquors, which are affordable to all.

The human tendency to reach out to easy ways of making money has also been exploited by Beijing in all the northeastern states of India. Chinese citizen Charlie Peng, who was caught recently for operating a hawala racket, was involved in transactions of almost Rs 3 crore per day.

The RBI needs to put in place proper financial systems in conjunction with local banks to ensure such hawala rackets do not survive and are exposed at the earliest.

Counter-intelligence is basically countering the enemy's efforts at espionage, sabotage and subversion in our country. In order to achieve an effective counter-intelligence grid in a particular area, surveys are carried out to understand the strengths and weaknesses of own agencies.

After the survey, a feasibility study needs to be carried out and the recommendations need to be implemented at the earliest. A strong counter-intelligence grid is required to be invoked in the border areas in all states that share border with China. Beijing and the PLA's ominous designs in Arunachal Pradesh cannot be allowed to become successful.

(Col Vinayak Bhat (Retd) is a consultant for India Today. A satellite imagery analyst, he served in the Indian Army for over 33 years)