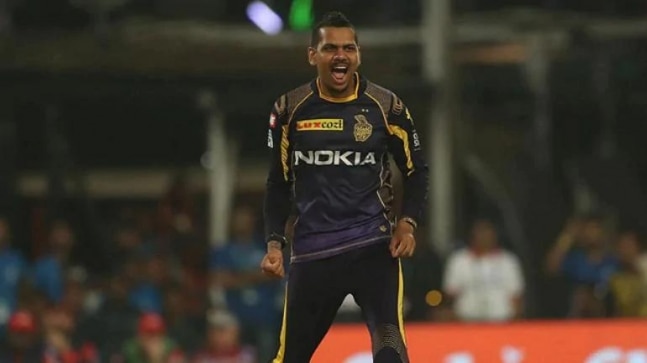 Kolkata Knight Riders mentor David Hussey has asserted that West Indies's spinner will be one of the most handy bowlers for captain Dinesh Karthik in crunch situations of any match.

HIGHLIGHTSDavid Hussey lauded Sunil Narine and called him world's best T20 bowlerFortunate that Sunil Narine is at KKR: David HusseyHussey added that Dinesh Karthik would pass the bowl on to Narine every time the opposition has momentum

IPL 2020, is set to kick off from September 19 in UAE. All the eight IPL franchises are working hard in the nets to shake off the dust which has piled on to them because of a long hiatus due to the coronavirus pandemic.

Dubai, Abu Dhabi, Sharjah are the three venues which will be hosting the cash-rich league. Apart from the big sizes of the grounds, one more aspect UAE will add to this edition's IPL is the help for spin bowlers. 60 matches will be played and this will surely assist the spinners in the later phase of the event as the pitches will slow down due to repeated matches on them and the wear and tear will make the balls spin more.

Team's with quality spinners must surely be breathing a sigh of relief. Kolkata Knight Riders (KKR) mento David Hussey has already talked highly of their premium spinner Sunil Narine and said that captain Dinesh Karthik would be handing over the ball to him whenever the momentum is against his team.

David Hussey went on to add that Narine is the best T20 bowler and KKR was 'fortunate' to have him.

"Narine arguably is the best T20 bowler in the world. In any conditions, he is one of the best players to have. Fortunately, he is at KKR, and he’ll be at his most difficult self to play and handle.

“He will be one of the bowlers captain DK will throw the ball to whenever the opposition has the momentum. I’m sure Sunil Narine will win more often than not, those close battles,” David Hussey told PTI.

Sunil Narine, who is KKR's highest wicket-taker with 140 wickets in 119 matches, took 10 wickets in 12 matches in IPL 2019. Apart from his bowling abilities, Narine has lately started to open the innings for his T20 teams as well. Narine has smashed 143 runs at an strike-rate of 166.27 in IPL 12.

In the recently concluded Carribean Premier League, playing for the champions Trinbago Knight Riders, Sunil Narine scalped 6 wickets from 5 matches at an economy of 4.55.