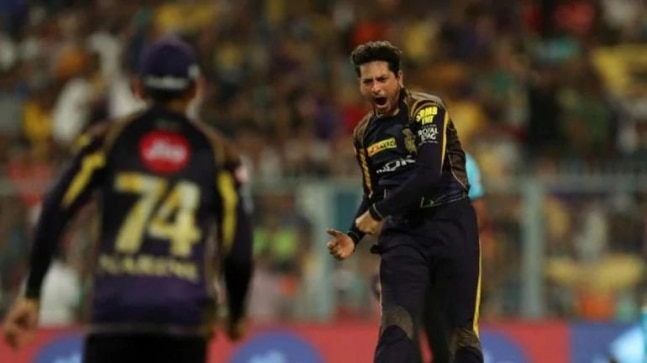 KKR mentor David Hussey feels Kuldeep Yadav's bowling has a nice rhythm and would not have any confidence issues going into IPL 2020 in UAE.

Kolkata Knight Riders' chief mentor David Hussey feels Kuldeep Yadav will be a consistent performer in IPL 2020 for KKR and is at the 'top of his game' this season.

Prior to the 2019 World Cup, Kuldeep Yadav was dropped by his IPL franchise Kolkata Knight Riders (KKR) mid-season after picking up just 4 wickets in 9 games while leaking runs at a rate of 8.66 an over.

David Hussey, while talking to news agency PTI, revealed that Kuldeep Yadav's bowling has a nice rhythm and would not have any confidence issues going into IPL 2020 in UAE.

"I personally believe after the last eight-nine days of training camp, he's at the top of his game. He's fielding well, he is running well, he's covering the ground very well. And he's bowling has a nice rhythm, and with lots of revolutions on the ball," David Hussey was quoted as saying by PTI.

"Kuldeep is a very confident player. He knows what he can and can’t do with the ball, he spins the ball both ways. He reads the game exceptionally well," Hussey continued.

Earlier, admitting that 2019 was a "tough year" for him, Kuldeep Yadav had said he has learned from his mistakes and will try to plan better for the challenges this year.

"It (2019) was a tough one. I learned a lot of things and the biggest positive was getting to know that I could have planned things better," Kuldeep Yadav had said.