IPL 2020: Is it time for cricketers to be more accepting of Mankading?

Is it time for cricketers to be more accepting of Mankading? 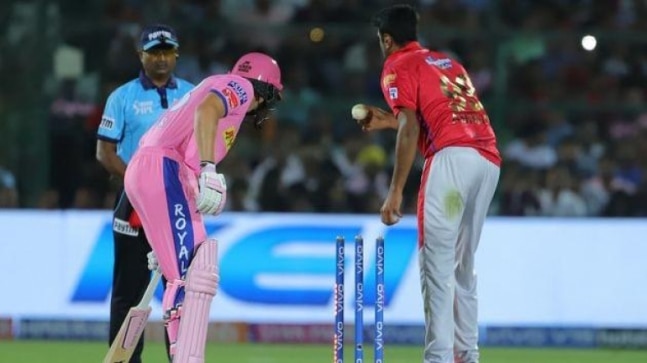 Getting straight to the point, it’s not. Cricket is farthest from being a Gentleman’s game in its most literal sense. It’s a term so excruciatingly misunderstood that it’s often thought of the same as sportsmanship. However, the truth is that the term was borne in the 17th century England after cricket, a summer game, was invented in the 16th century and only the English aristocrats would play the sophisticated game. In fact, like other leading sports in England at that time, cricket too became a gambling sport. Cricket only became the national sport of England in the 18th century and before that, the sport was only open to the high class - the professionals and the ‘gentleman’ - the only ever mention of the word in the history of cricket.

Cricket, a game endorsing the Bodyline and a giant of a man named WG Grace, was carried on with its myth of a reputation across ages. So much, that the act of ‘Mankading’ was born only to be rejected by the moral filter of the common folk. However, it is totally legal in cricket considering it is similar to a run-out scenario, only that the bowler gets the non-striker out by hitting the bails before bowling when the batsman is outside the crease. While it is totally legal, the act of ‘Mankading’ is frowned upon based on the moral compass of fans. But come to think of it, the ICC had put a ban on ‘underarm bowling’ for a reason and Mankading is nothing like it. It’s, in fact, it is a reward to the bowler for his alertness and reflex, while a much-needed check on the non-striker’s irresponsibility or advantage.

However, as seen in the IPL last year, veteran spinner Ravichandran Ashwin was massively criticised for ‘mankading’ Rajasthan Royals batsman Jos Buttler. The outrage was so huge that the argument has found its way into the upcoming IPL as well. Delhi Capitals head coach Ricky Ponting, after a round of discussion with Ashwin, reached a conclusion that the spinner should warn the batsman on the first instance of him leaving the crease. But Ponting’s latest acceptance of Ashwin’s stand on the said act has opened a window for others too to accept a completely permissible aspect of the game.

After all, it’s not only beneficial to cricket but especially to Indian cricket above and beyond the IPL. Legendary Indian batsman Sunil Gavaskar had shed a different light on the topic last year and explained why it is bad for the reputation on Vinoo Mankad, a celebrated Indian cricketer.

“It really has been depressing and disappointing reading the Indian media over the last few days [after Ashwin ran out Buttler]. The lack of respect shown to an Indian legend and referring the run-out by a bowler as ‘Mankad’ is indeed very sad,” Gavaskar had written on his TOI column.

“Just because over 70 years back a lazy foreign journalist called a run-out of Bill Brown -- the Australian non-striker -- for backing up out of his crease by Vinoo Mankad as being ‘Mankaded’, the term has stuck. That Brown had been warned more than once by Mankad and still continued to transgress was overlooked; and even after Sir Don Bradman found nothing wrong in Mankad’s action, the media called it 'Mankaded',” Gavaskar pointed out the origin of the term.

However, a legal aspect such as ‘Mankading’ has sustained for ages in the sport and is supposed to live on. In this case, separating the legend from the term would be impractical. In fact, if fans and cricketers come to accept the rule as it is, it will paint the right kind of image of legendary Indian cricketer and, hence, only benefit Indian cricket. Once sportsmanship is separated from the myth of the ‘Gentleman’s game’, great things are bound to happen to the sport.