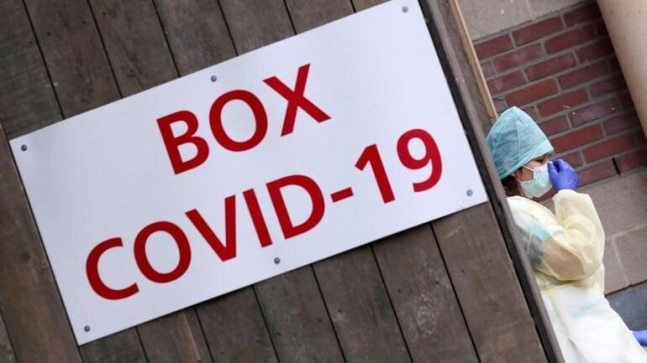 India has voted in favour of a Covid-19 resolution in the UN General Assembly that reaffirms international cooperation to respond to "one of the greatest global challenges".

India is among 169 nations who voted in favour of the resolution that recognised the Covid-19 pandemic as "one of the greatest global challenges in the history of the United Nations".

The Omnibus Resolution on Comprehensive and Coordinated Response to the Covid-19 pandemic was overwhelmingly adopted by the 193-member General Assembly on Friday.

The resolution acknowledges the World Health Organisation's (WHO) "key leadership role" in responding to the outbreak, a reference the US objected to as it opposed the resolution.

The US and Israel voted against the resolution and Ukraine and Hungary abstained.

India's Deputy Permanent Representative to the UN Ambassador K Nagaraj Naidu tweeted "India votes in favour of the Covid-19 omnibus resolution in the General Assembly recognising the pandemic as one of the greatest global challenges that calls for a global response based on unity, solidarity and multilateral cooperation."

India votes in favor of the #COVID19 omnibus resolution in the General Assembly recognizing the pandemic as one of the greatest global challenges that calls for a global response based on unity, solidarity and multilateral cooperation. pic.twitter.com/Hya9Eyro3L

The resolution "reaffirms its commitment to international cooperation, multilateralism and solidarity at all levels and as the only way for the world to effectively respond to global crises such as the Covid-19 pandemic and their consequences, and acknowledges the key leadership role of the World Health Organisation and the fundamental role of the United Nations system in catalysing and coordinating the comprehensive global response to the Covid-19 pandemic."

Afghanistan's UN envoy Adela Raz and Croatian Ambassador Ivan Simonovic were co-coordinators of the extensive and wide-ranging resolution, the third adopted by the General Assembly this year on the pandemic that has killed over 900,000 people and infected 28.3 million globally. The resolution is not legally binding.

General Assembly President Tijjani Muhammad-Bande said the omnibus resolution is a "powerful and ambitious text and it reflects the collective will of Member States to overcome this unprecedented challenge as nations, united. Negotiations were intense but cooperation prevailed."

The resolution urged member states to "enable all countries to have unhindered timely access to quality, safe, efficacious and affordable diagnosis, therapeutics, medicines and vaccines, and essential health technologies for the COVID-19 response" and recognised the "role of extensive immunisation against COVID-19 as a global public good for health in preventing, containing and stopping transmission in order to bring the pandemic to an end, once safe, quality, efficacious, effective, accessible and affordable vaccines are available."

It supported Secretary-General Antonio Guterres' appeal for an immediate global ceasefire, including to help create "corridors for life-saving aid, open windows for diplomacy of dialogue."

It called upon political and religious leaders to promote inclusion and unity in response to the pandemic and to prevent and take strong action against racism, xenophobia, hate speech, violence, discrimination, including on the basis of age and stigmatisation.

The resolution also calls upon Member States "to advance, with determination, bold and concerted actions to address the immediate social and economic impacts of the pandemic, while striving to get back on track to achieve the Sustainable Development Goals (SDGs) by designing recovery strategies out of the crisis to accelerate progress towards the full implementation of the 2030 Agenda."

In its explanation of vote, the US said it "does not concur" with the references to the World Health Organisation in the resolution and criticised China for hiding the truth about the outbreak that originated in the central Chinese city of Wuhan.

"Unfortunately, we might never know for certain how much of the pain and suffering caused by COVID-19 could have been avoided if the Chinese Communist Party had behaved like a responsible government and immediately warned the rest of the world of the virus that they uncovered in Wuhan," the US Mission to the UN said.

"Not only did they fail the world, but the World Health Organisation's failures in the early days of the pandemic also contributed to needless suffering and the worsening of this pandemic. The WHO needs to reform, including by demonstrating its independence from the Chinese Communist Party," the US Mission said.

It added that Washington voted against the resolution as it "cannot allow the resolution to be hijacked by several themes that are not pertinent to the discussion."

In a tweet, the US Mission said it "cannot, in good conscience," support a resolution including unrelated language supporting the advancement of Chinese Communist Party propaganda, abortion, and language against sanctions that are designed to constrain bad actors including removing unilateral economic and trade sanctions.

The US said the text "attempts to undermine the international community's ability to respond to acts that are offensive to international norms.

Economic sanctions are a legitimate means to achieve foreign policy, security, and other national and international objectives, and the United States is not alone in that view or in that practice."

The resolution emphasised that illicit financial flows, in particular those caused by tax evasion, corruption and transnational organised crime, reduce the availability of vital resources for responding to and recovering from Covid-19.