'I'll Be Here For You': Teacher Virtually Welcomes Students With Wholesome Twist to 'Friends' Theme Song

This US teacher in Wisconsin edited together a creative video to welcome students back to school, virtually. He rewrote the lyrics to the 'Friends' theme song which created a buzz on social media. 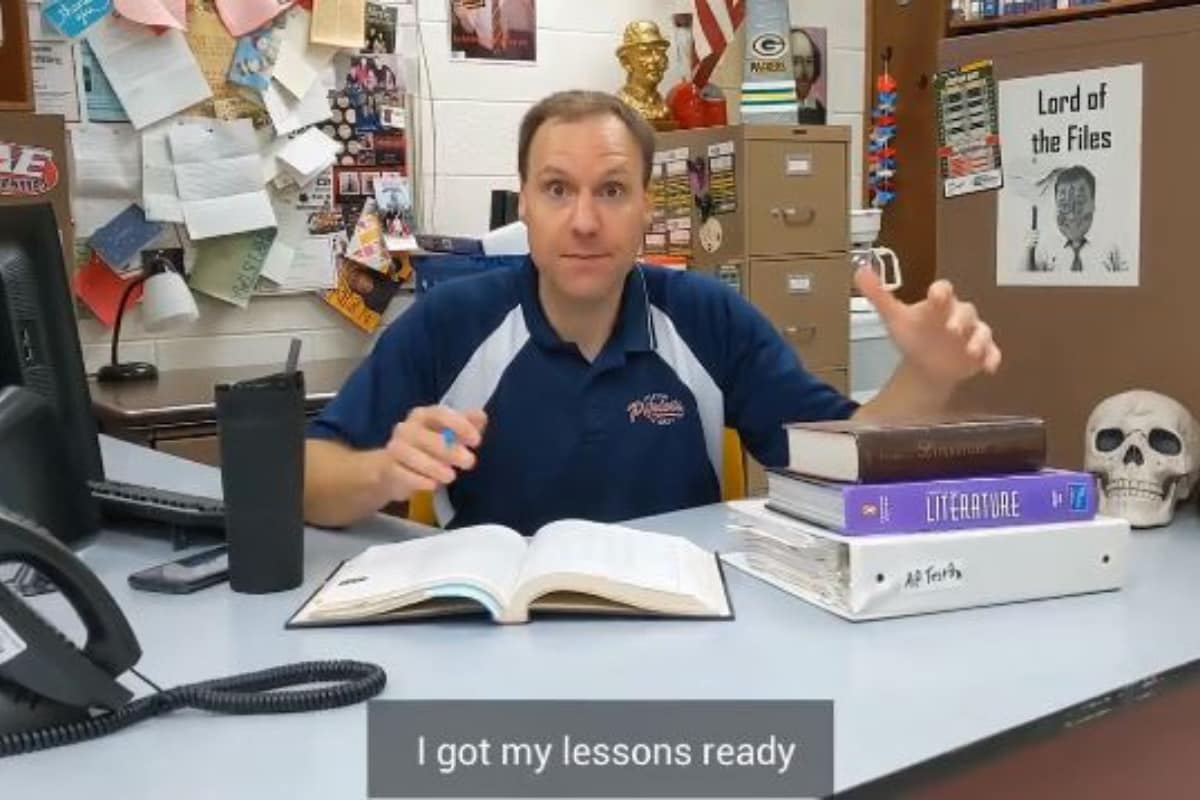 This US teacher gives a twist to FRIENDS theme song 'I will be there for you', Credits: Facebook

This US teacher in Wisconsin edited together a creative video to welcome students back to school, virtually. He rewrote the lyrics to the 'Friends' theme song which created a buzz on social media. Trending Desk Last Updated: September 14, 2020, 12:25 PM IST FOLLOW US ON:

An English teacher named Paul Miller in the US welcomed his students to a new academic session in a unique way. Miller, who teaches English at Appleton East High School in Wisconsin, gave a twist to the theme song of TV series FRIENDS titled I’ll Be There for You.

He uploaded a video of the song on Facebook.

At the beginning of the song, he is seen sitting with a guitar, and then he goes out looking for his students upon finding that the class is empty. He asks where everybody is.

The lyrics of the song reads, So, no one told me school was gonna be this way. I got my lessons ready, but the students are MIA.

Instead of singing, I’ll be there for you, he, throughout the song, reiterates to his students that “he will be here for them” during the virtual learning experience and until they come back.

It’s a tradition in his class that he starts off every year by crooning a song, Miller told WMTV. He added that this year, they had to rewrite the script and try something new.

Miller stated that he got the idea to do this a week ago. “I spent a day writing the song, a day recording the music, and then my wife and I came to school on Sunday afternoon when no one was here and we got all the video footage,” he said.

The video has gone viral on social media as it has received over 4K views and has been shared more than 6K times. Netizens have also flooded the post with comments.

Responding to the video, one user said that Miller’s students are fortunate that they have got a teacher like him. Many people called it amazing or great. Besides, a few users dropped heart emojis in the comment section. Netizens, appreciating Miller, called him a wonderful teacher.