'I Didn't Know Whom to Ask for Help': Bhubaneshwar Student's Petition on Child Abuse Helpline Gets Nearly 50k Signatures

In the initial weeks of the lockdown the Childline India helpline received more than 92,000 SOS calls asking for protection from abuse. 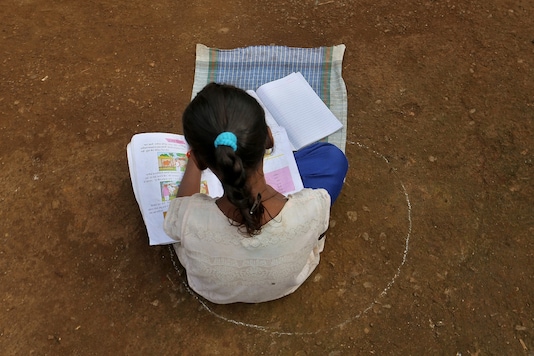 In the initial weeks of the lockdown the Childline India helpline received more than 92,000 SOS calls asking for protection from abuse. News18.com Last Updated: September 9, 2020, 1:18 PM IST FOLLOW US ON:

The national child abuse helpline number, CHILDLINE, in India is 1098. But not many know about it.

Ankur*, an undergrad student living in Bhubaneshwar grew up in what he describes as "a traumatic and violent environment at home". In his own words, he would have reached out for help if he knew how to. "My father and paternal grandmother were violent. The domestic violence was, of course, worse for my mother than us," he told News18.

There was no one to intervene or lend him a helping hand. Mostly because only a handful are aware of the child helpline abuse number's existence, let alone details on how to contact them.

Ankur has now started a petition on Change.org, urging the government to launch awareness campaigns and advertise the helpline number so that kids today do not have to suffer the way he did.

In 2018, data from the National Crime Record Bureau showed that 108 children were abused daily in India. This was a 22% increase from the previous year. A report in the following year, 2019, showed that between January 1 to June 30, 24,212 FIRs related to child abuse had been filed in the country.

"Being abused as a child can have long term impacts, it takes a serious toll on your mental health. But the worst part is the feeling that there is no one to help you and that you have no voice. In most cases, the child is dependent on their abuser, which makes it all the more difficult to speak up," said Ankur.

Ankur also spoke about an increase in abuse during the nationwide coronavirus lockdown, when women and children had been locked in their homes for days with their abusers - with no means of escape.

READ MORE: India's Domestic Abuse Survivors are in Lockdown with their Monsters, But Helplines Are Not Ringing

A PTI report in the initial weeks of the lockdown showed that The Childline India helpline received more than 92,000 SOS calls asking for protection from abuse and violence in 11 days between March 20 to 31. This was a somber indication that the lockdown has turned into extended captivity not just for many women but also for children trapped with their abusers at home.

Of the 3.07 lakh calls received, 30% were about protection against abuse and violence on children.

"I couldn't take this anymore and just knew had to do something to bring about a change. There are so many people I know who would have benefited if they knew about the helpline number. I cannot imagine how children who are abused at home are dealing with the lockdown," Ankur said.

The least the Indian government can do, according to Ankur, is spread awareness about it. He said that the CHILDLINE helpline number in India, founded in 1996, is active and responsive but not everyone is aware of it. "I did not know about it, otherwise I would have called them up myself," he added.

"The government runs big shot campaigns on diseases and other issues. Why not this? If the media outlets in collaboration with the government can advertise the contact number for CHILDLINE, it may go a long way in helping a child," Ankur said.

*Names have been altered to keep identities anonymous.

Unsafe child abandonment is illegal and puts children’s lives and future at risk. A child can be legally and anonymously surrendered at a specialised adoption agency. To find the nearest authorised and specialised adoption agency, call ChildLine at 1098 or go to http://cara.nic.in/Stakeholders/India_map.html and select the state in which the safe surrender needs to take place.