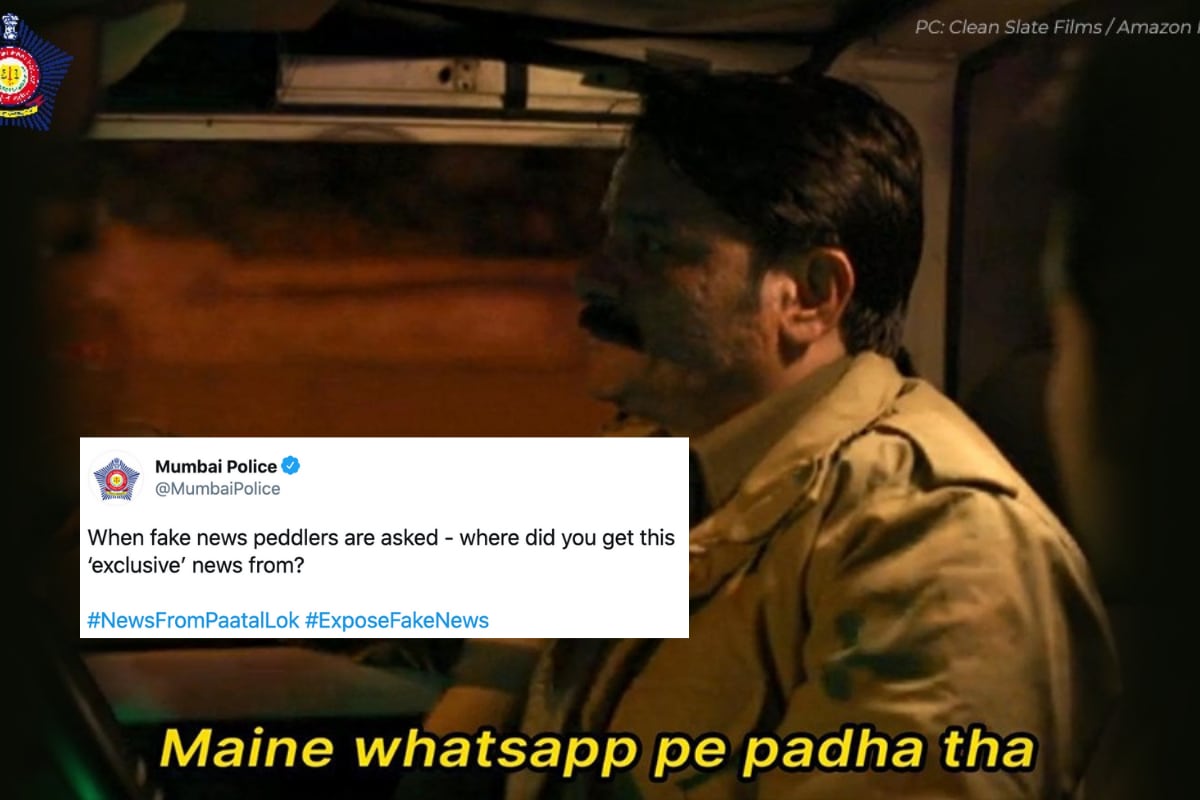 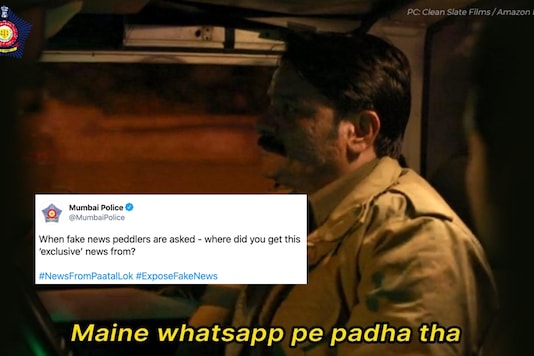 Social media has replaced so many older forms of communication. From celebrities and common people sharing about their lifestyle to informative channels, there’s everything out there on the internet. In recent years, government and public service departments have also realised the importance of these platforms.

The comments poured in commending the police for their public interest messaging. The message is clear as it gets. Just like the virus, fake news travels from one person to the next and before you know it, you have a severe crisis at hand.

This isn’t the first time when a police department took to social media to spread public awareness on the issue. Earlier this year, Mumbai Police’s Twitter handle shared a very culturally relevant yet hilarious meme from Paatal Lok.

Fake news via WhatsApp has become a huge problem in India. Especially during the pandemic, with cheap internet and no cost instant messaging of WhatsApp and a need to be connected, people share forwards without ever confirming them.

Earlier this year, a team of doctors and health workers was attacked in Indore due to a WhatsApp rumour with communal messaging. According to an Indiaspend report, a study on misinformation in India by scholars from the University of Michigan, released on April 18, 2020, has shown a rise in the number of debunked stories after the lockdown announcement.

According to a Financial Express report, WhatsApp is aware of the problem and is actively working on finding ways to curb the issue. The most common solution presented so far is to limit the number of forwards that can be sent to one account.