The stars orbit closely to one another, like bees swarming around a hive. In the dense centre of one of these clusters, stars are 100 to 1,000 times closer together than the nearest stars are to our Sun, making planetary systems around them unlikely. 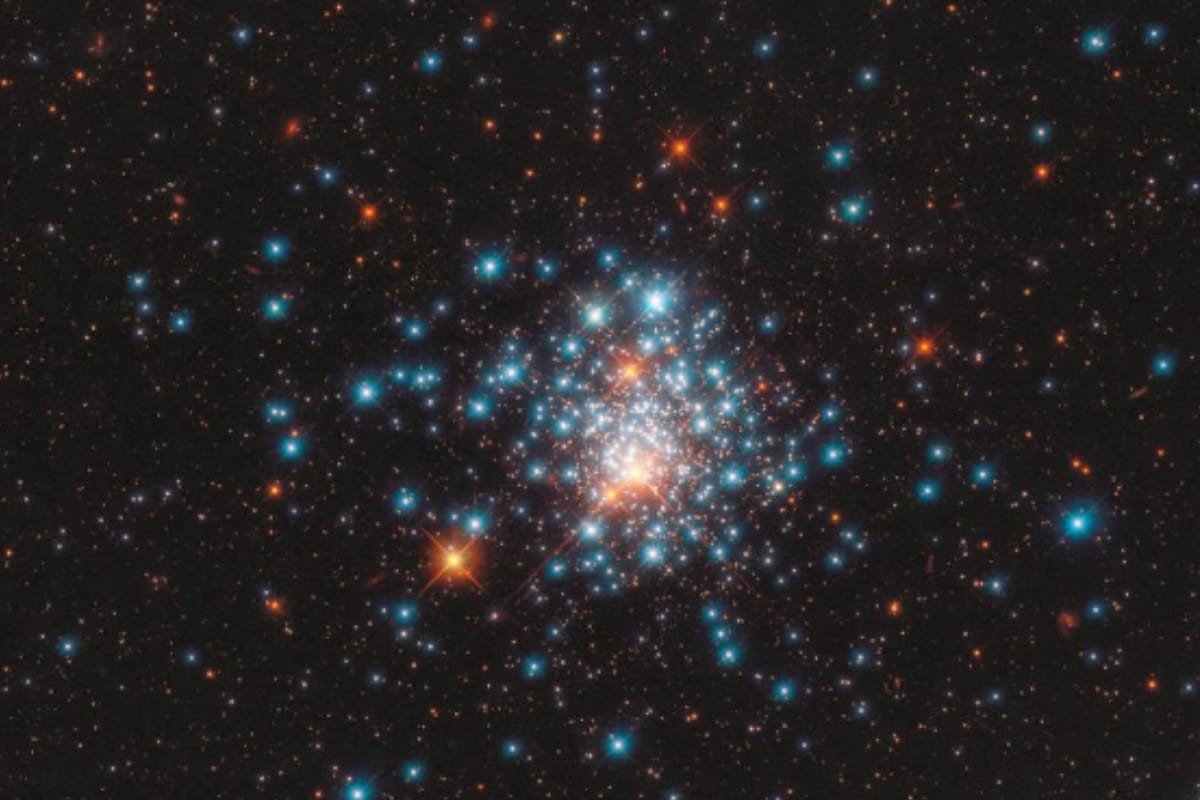 NASA and the European Space Agency (ESA) have released a stunning image of a globular cluster captured by Hubble Space Telescope that features thousands of colourful stars packed close together.

This tight grouping of thousands of stars is located near the edge of the Large Magellanic Cloud, a satellite galaxy of our own Milky Way, ESA said.

The stars orbit closely to one another, like bees swarming around a hive. In the dense centre of one of these clusters, stars are 100 to 1,000 times closer together than the nearest stars are to our Sun, making planetary systems around them unlikely.

Space telescopes like Hubble can observe in the ultraviolet because they are positioned above Earth's atmosphere, which absorbs most ultraviolet light, making it inaccessible to ground-based facilities.

"This @NASAHubble image of red and blue stars shows a globular cluster with stars packed 100 to 1,000 times more closely than in our part of space. The data used to create this image is helping astronomers understand how stars evolve and ultimately die out," the space agency NASA wrote in a tweet.

This young globular cluster, NGC 1805, can be seen from the Southern Hemisphere, in the Dorado constellation, which is Portuguese for dolphinfish.

Usually, globular clusters contain stars that are born at the same time.

However, NGC 1805, is unusual as it appears to host two different populations of stars with ages millions of years apart.

Observing such clusters of stars can help astronomers understand how stars evolve, and what factors determine whether they end their lives as white dwarfs or explode as supernovae.

Meanwhile, Hubble's recent picture caught the fancy of the space lovers with its magical yellow wave. The picturization of a supernova, the image featured the bright wave cutting through the dark space that is otherwise illuminated with multiple stars.

Tweeted online by the official handle of Hubble telescope, the picture represents a “small section of the Cygnus supernova blast wave”. According to the tweet, a star about 20 times larger than the Sun had gone supernova soem 10,000 to 20,000 years ago.

The official Instagram handle of NASA also shared the picture and gave us some additional information. The supernova is located around 2,400 light-years away from the Earth and the remnant of the massive explosion has “expanded 60 light-years from its center” in the centuries that have passed since then. ⁣