The Enforcement Directorate (ED) on Friday raided the premises of businessmen Navneet Kalra and Gagan Duggal in connection with its money laundering probe into alleged hoarding and black marketing of oxygen concentrators, people familiar with the development said.

ED’s probe, according to two officials cited above, has revealed that both Kalra and Duggal imported more than 7,000 oxygen concentrators from China in the past one month and sold at exorbitant prices by claiming that the concentrators are made with German technology.

“The forensic examination of the concentrators has revealed that they were low quality equipment. Kalra and Duggal bought these in China and same were routed to India via Hong Kong,” said the first officer, who asked not to be named.

ED’s probe has revealed that the import price per unit of oxygen concentrator for Kalra and Duggal was ₹15,000 but they were charging R69,999 per unit from buyers. “They took advantage of a raging pandemic and made huge profit by cheating the public,” said another ED officer, who also asked to remain anonymous.

The agency registered a case earlier this week to investigate the money trail of sale and purchase of oxygen concentrators and beneficiaries of hoarded concentrators. The federal anti-money laundering probe agency has powers to attach properties if established that money made by the accused is proceeds of crime.

Kalra was arrested from a farmhouse in Gurugram on Sunday evening. He is currently in judicial custody.

The Delhi Police recovered 524 oxygen concentrators from three restaurants – Khan Chacha, Town Hall and Nege & Ju – owned by Kalra and from the office of Matrix Cellular between May 5 and May 7. Before Kalra, five people, including the manager of Nege & Ju restaurant, chief executive officer (CEO) and three senior officers of Matrix Cellular, were arrested after the recovery of the concentrators. However, all five were later released on bail with the court observing that it was unable to understand the offence they had committed as the government did not regulate the prices of the devices .

In a statement after the arrest of CEO Gourav Khanna and other officials, Matrix said, “All materials procured by Matrix have been by way of import or purchase in India, after paying all relevant duties and taxes. Matrix has thereafter facilitated sale of such equipment / materials via it’s app or direct orders placed on the company, all of which have used formal banking channels based on tax invoices with an unimpeachable audit trail.”

Samudra Sarangi, lead counsel for Matrix, said the company has filed documents before the high court to prove the allegations made by the police are misplaced. “Matrix has filed documents before the Delhi high court which prove the allegations of exorbitant pricing and deficient quality of oxygen concentrators are misplaced and incorrect. Matrix unequivocally denies any wrongdoing in the matter. The matter is currently before the courts and Matrix has faith that the legal process will vindicate it.” 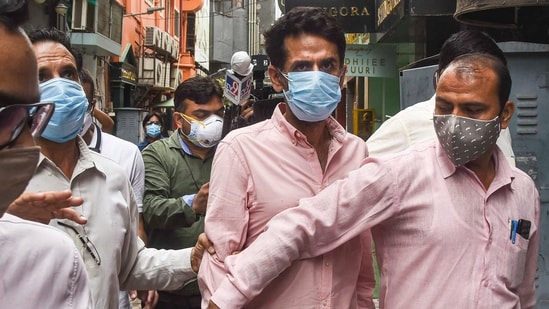 This article has been aggregated from www.hindustantimes.com and they maybe/are the copyright owners of the same. If you are the Author/Copyright owner of this article and want us to remove the same then send an email to admin@southdelhi.news so that we can delete it immediately. We sincerely regret and apologies for any inconvenience caused to you due to the same. Though it is your decision but please take note that the link to your website and the article have been given above, within and on the bottom of the article.