Valentino's Fall 2020 lineup was an almost too accurate depiction of the somber mood that would wash over the world in the following weeks. Pierpaolo Piccioli offered a goth serving of nearly 90 head-to-black looks, largely skipping the bold shades that we've come to expect from the designer ...Continue reading

Valentino's Fall 2020 lineup was an almost too accurate depiction of the somber mood that would wash over the world in the following weeks. Pierpaolo Piccioli offered a goth serving of nearly 90 head-to-black looks, largely skipping the bold shades that we've come to expect from the designer in the ready-to-wear lineup.

But he didn't skimp on the color and the joy that comes with it for the label's accessories. Alongside the dark autumn range were the brand's new Atelier bags, which pay tribute to the fashion house's four couture elements — rouches, petals, micro-studs and bows. The petals are brought to life on the brand's Atelier 03 Rose Edition handbag that drops next week.

A meticulously crafted, three-dimensional shoulder bag made from several hand-molded leather petals, the carryall has already become a celebrity favorite. Earlier this month, the tote had made a coffee run with Camila Morrone in Malibu and spent a day with Ana de Armas. It's also accompanied Cate Blanchett to the Venice Film Festival.

Those who aren't of immediate interest to the paparazzi but are still loyal to Valentino were given the chance to test drive the bag as well. Select clients received a red Valentino box filed with rose petals along with an invitation to make an appointment at the store or a virtual appointment. Inside the display box was an iPad that played a video showing how the handbag was made. If the client preferred an in store appointment, a car was sent to pick them up and deliver them back home. This unique selling approach was a hit: the global pre-release of the bag sold out, and there's already a global waiting list, so you'll want to get your name in ASAP.

See an up-close look at the Valentino Garavani Atelier 03 Rose Edition bags in two colorways below. 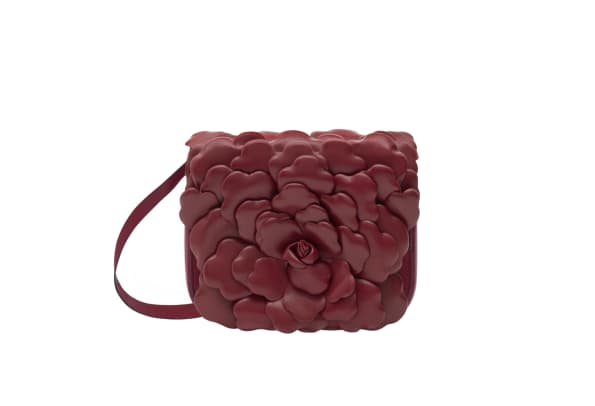 Stay current on the latest trends, news and people shaping the fashion industry. Sign up for our daily newsletter.