Florida Woman Calls 911 after She Sees an Alligator in Her Garage, Turns Out to be a Pool Floatie

The hilarious incident of alligator's pool float shared by the official Twitter account of the Polk County Sheriff’s Office describing the scenario created a buzz on social media. 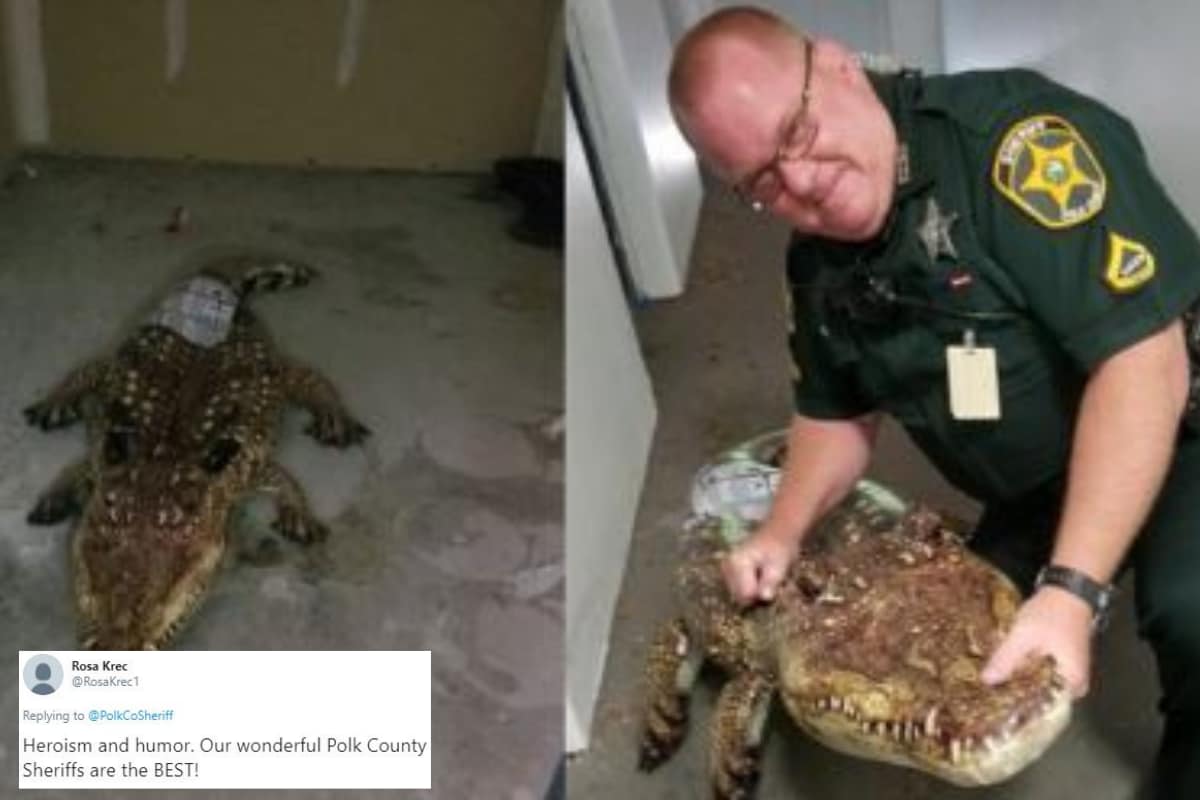 A distressed couple in Florida called 911 after spotting an alligator in their garage. When the police officer arrived for their help, what he discovered left him relieved and smiling.

It turns out that the alligator was actually a pool floatie. The police officer posed with the floatie to get himself photographed. The incident happened in Florida’s Polk County.

Taking to Twitter, Polk County Sheriff posted the photograph of the officer with the fake alligator, along with a picture of the pool floaties lying in the garage. The caption with the picture said that the officer Deputy Trexler went to the storage shed after receiving an emergency call. It said, “He came… he saw… he conquered the beast. He even knocked the wind out of it. Literally. The gator turned out to be a pool floatie.”

The phrase Crikey was mostly used by Australian TV star Steve Irwin, who was a crocodile hunter. He died in 2006 when a stingray’s barb pierced his chest.

As per Click Orlando, the woman living in White Haven called 911 on August 24 at around 1:40 pm when her husband spotted what he thought was an alligator. He was moving boxes when he saw it and asked his wife to call 911 for support.

On the call, she shared whatever details her husband had given while also mentioning that their garage is close to the pool of the complex.

When asked the size of the alligator, she said she hasn’t seen it but the husband says it’s huge.

Reacting to the funny incident, one user said, “Heroism and humor. Our wonderful Polk County Sheriffs are the BEST!”

Heroism and humor. Our wonderful Polk County Sheriffs are the BEST!

Taking a dig at the officers, another user said, “I hope he got a dozen donuts for his bravery!”

I hope he got a dozen donuts for his bravery!

Another person said that it looks like this call went ‘swimmingly’.

There are 1.3 million alligators in the state of Florida. This is why alligator sightings are common in the state