Ever Wondered What the Nile River Looks Like from Space? NASA Astronaut Shares Stunning Photos

Chris Cassidy, the astronaut and also a U.S. Navy SEAL, who is currently living aboard an international space station, captured what the Nile looks like from space. 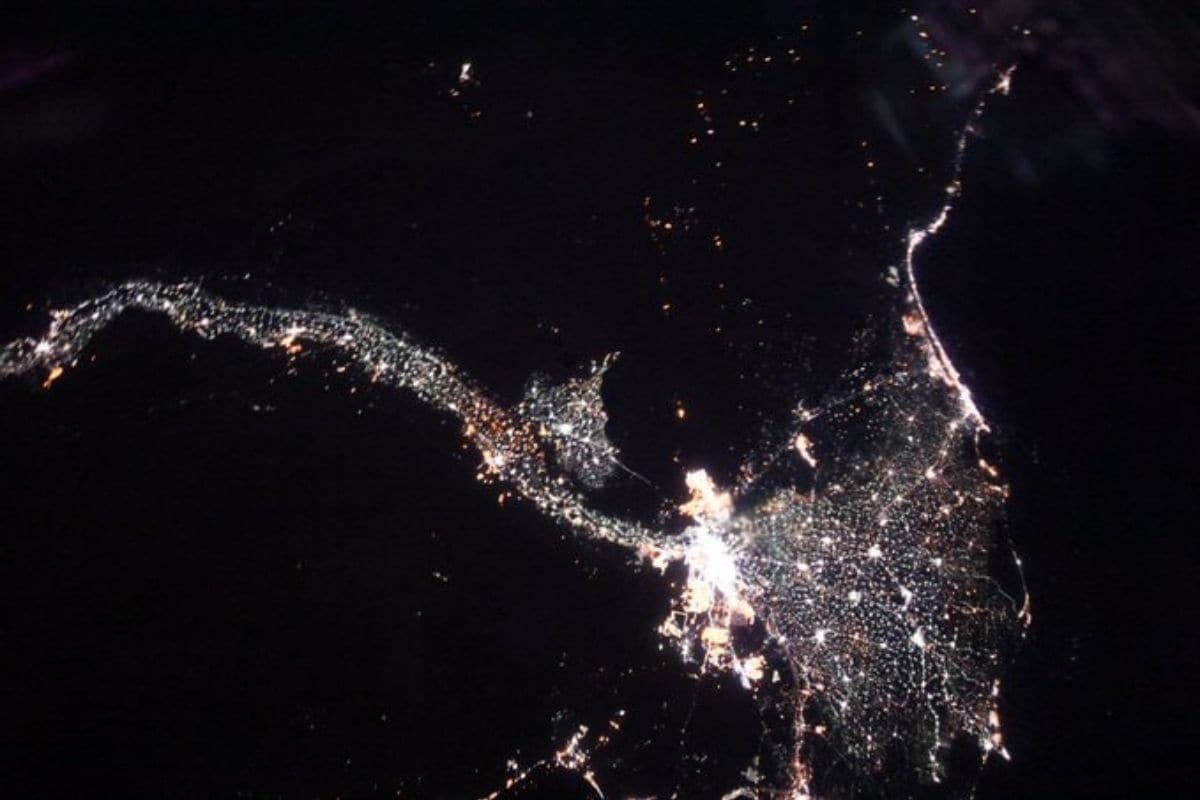 Chris Cassidy, the astronaut and also a U.S. Navy SEAL, who is currently living aboard an international space station, captured what the Nile looks like from space. Trending Desk Last Updated: September 10, 2020, 1:16 PM IST Share this:

A NASA astronaut has shared some spectacular images of the river Nile from space, leaving the social media users mesmerized. Chris Cassidy, the astronaut and also a U.S. Navy SEAL, who is currently living aboard an international space station, keeps the Tweeple engaged with his fantastic clicks of the earth and other celestial objects on a regular basis.

This time, he chose to capture the longest river on earth Nile that flows in north-eastern Africa before going into the Mediterranean Sea. The images show the river shining under the night sky, making it surreal like fireworks.

On his official Twitter account, Cassidy shared the post with the caption: “Water is life and nowhere on the planet is that more evident than the Nile River at night. #NileRiver #Egypt #Cairo”. We couldn’t agree more. The mighty river has been the lifeline of generations and seen the rise and fall of several cultures and civilizations.

The tweet has generated more than six thousand likes and nine hundred retweets and has attracted interesting comments from the Twitterati. One user wrote, “So beautiful! You are so lucky to see these amazing spectacles,” while another tweet read, “Gorgeous view! Thank you for sharing your experiences with us.”

A curious fan from India writes, “Hey @Astro_SEAL - Thanks for sharing all these awesome snaps from @Space_Station. Would love to see a stunning view of the Flag of India soon.”

Earlier this week, Cassidy shared an image of the building up of Typhoon Haishen over the earth’s surface. The violent typhoon had made landfall in Japan and affected the Korean Peninsula as well.

He has also shared images of lightning in Africa taken from space, which looked somewhat like a white fireball in the sky. Netizens are loving these images and clearly want more of these and Cassidy seems happy to oblige.