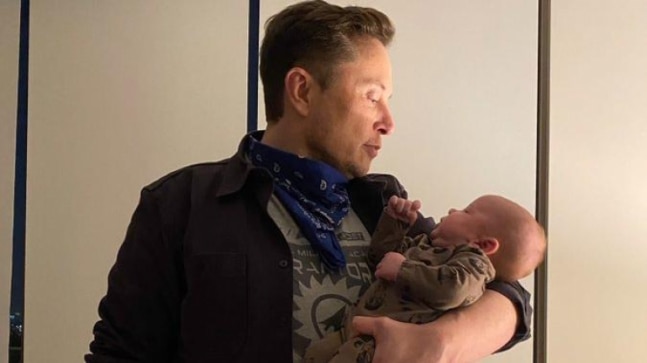 Elon Musk broke the internet in May, when he announced that he and his girlfriend Grimes welcomed a baby boy. But, when the Tesla chief revealed his baby's name - X Æ A-12 Musk, the entire internet lost its mind. However, later the couple slightly changed the name to X Æ A-Xii.

At that time, Twitterati had gone into a frenzy and even inquired the pronunciation. And, if a recent viral video is to be believed, even the Tesla chief has a hard time remembering the correct way to say the name.

The SpaceX CEO was in Germany recently, when he met with some journalists. And, when one of the journalist's there asked him "How's X Æ A-12?" the Tesla CEO was left confused for a second.

Don't believe us? Watch the video from 1 minute 23 seconds:

In the clip, Musk seems to be caught off-guard and even asked the person to repeat his question. On understanding what the reporter was asking, Musk laughed it off, and said, "Oh, oh you mean my kid? That sounds like a password." He added, "Yeah, he's great. I think next time I am going to bring him, maybe come back in a few months and bring him along."

The video cracked up netizens and the hilarious comments under the video prove it. See some of the reactions:

ALSO READ: Elon Musk and Grimes name their son X Æ A-12. What does it mean?

ALSO READ: Elon Musk shares pic with son X Æ A-12 in new post. Can you decode the caption?