La Liga opens with stalemate between Eibar and Celta 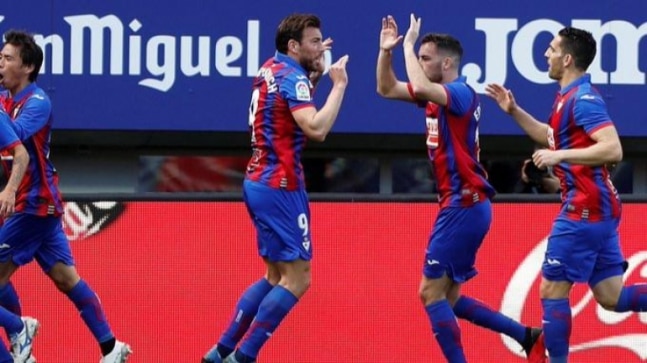 La Liga kicked off its 2020/21 season with a goalless draw between Eibar and Celta Vigo on Saturday.

Celta Vigo drew at Eibar 0-0 as the Spanish league started anew on Saturday still without fans in the stands.

Eibar could thank resolute goalkeeper Marko Dmitrovic for salvaging a point at home against a more dangerous Celta. Eibar finished with 10 men after Pape Diop was sent off for a second booking with three minutes left.

The new season starts less than two months after the 2020-21 campaign concluded after it was delayed for several months due to the coronavirus pandemic.

Like the end of last season, stadiums reopened without spectators to ensure games don’t become a source of mass contagion. Spain has recorded more than 29,700 confirmed deaths with COVID-19.

Champion Real Madrid, Barcelona, Atlético Madrid, and Sevilla have their games from the first two rounds postponed to give them more rest after their participation in European competitions in August.

Later on Saturday, Athletic Bilbao visits Granada, and Osasuna is at newly-promoted Cádiz.