ECI tightens guidelines for publicity of criminal record of candidates

ECI tightens guidelines for publicity of criminal record of candidates 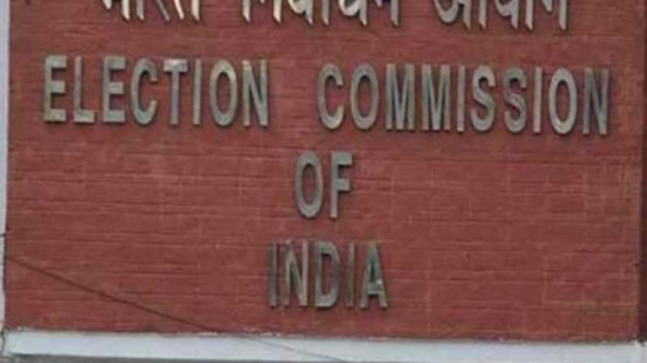 Now, the EC has made it clear that the first 'publicity' of criminal records should be within the first four days of the last date of withdrawal of candidature.

The second publicity should be within the fifth and eight days of the last date of withdrawal.

The third and final publicity should be from the ninth day till the last day of the campaign, that is two days prior to polling day.

The poll panel also made it clear that uncontested winning candidates, as well as the political parties that nominate them, will also publicise the criminal antecedents, if any.

"This timeline will help the voters in exercising their choices in a more informed manner," a statement by the Commission said.

These guidelines have been put into effect immediately.

In October 2018, the Election Commission (EC) had issued directions making it compulsory for candidates contesting elections and the parties fielding them to advertise their criminal antecedents in TV and newspapers at least three times during electioneering.

Candidates contesting the upcoming Bihar elections as well as those fighting 64 assembly bypolls and one Lok Sabha by-election in the coming days will have to adhere to the new timeline while advertising their criminal antecedents.

In February this year, the Supreme Court had ordered all political parties to publish the criminal history of their candidates for Assembly and Lok Sabha elections.

The court in its order had made it mandatory for political parties (at the Central and State election level) to upload on their website detailed information regarding individuals with pending criminal cases (including the nature of the offences, and relevant particulars such as whether charges have been framed, the concerned Court, the case number etc.), who have been selected as candidates, along with the reasons for such selection, and also as
to why other individuals without criminal antecedents could not be selected as candidates.

Furthermore, SC said this information shall also be published in :
- One local vernacular newspaper and one national newspaper.
- On the officials social media platforms of the political party, including Facebook & Twitter.
These details shall be published within 48 hours of the selection of the candidate or not less than two weeks before the first date for filing of nominations, whichever is earlier.