Dora the Labrador has been a part of the squad for ten years now and after an illustrous career, is all set to retire in February 2021. 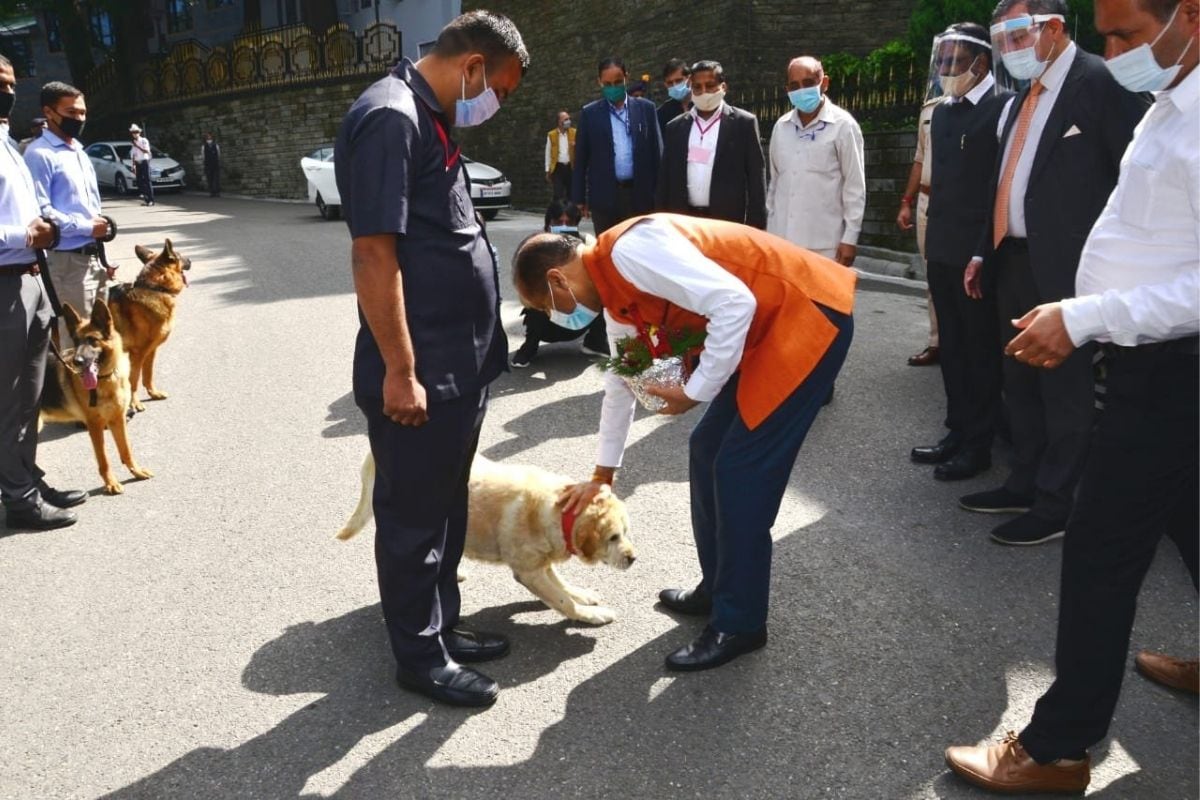 On Thursday, after the fourth day of the Himachal Pradesh Assembly's Monsoon Session, Chief Minister Jai Ram Thakur and Assembly Speaker Vipin Singh Parmar were greeted by an adorable member of the police squad - Dora.

Who's Dora? You ask? The state police department's dog squad consists of six dogs and Dora, the Labrador, gave a guard of honour to Thakur and Parmar when they stepped out of the Vidhan Sabha.

According to a report by ANI, Dora has been a part of the squad for ten years now and after an illustrous career, is all set to retire in February 2021. She is skilled in explosive detection and has been on duty every time the Prime Minister or President visited the state.

On being saluted, Thakur bent down to pet the dog and although Dora was on duty, who wouldn't love some belly rubs?

Take a look at some of the photos shared here:

On August 30, Prime Minister Narendra Modi, during the 68th edition of his radio broadcast, Mann Ki Baat, had lauded the bravery of police dogs and specially mentioned two canines - Sophie and Vida, who were given Commendation Cards on Independence Day this year.

Vida was instrumental in detection of five mines and one grenade buried underground and Sophie, an explosive detection dog sniffed out the presence of initiator/accelerant which could have been hastily used to fabricate an IED, thereby saving precious lives: Indian Army https://t.co/yrKUrBy3WR

While pooch Vida was key in the detection of five mines and a grenade, Sophie, an explosive detection dog saved lives by sniffing out the accelerant used to initiate makeshift bombs.

READ: Man Covers Dog Shivering in the Cold With His Own Vest, Restores Our Faith in Humanity

PM Modi, during his speech, had also said that Indians should bring home Indian dog breeds, naming a few popular breeds, and urged people to adopt dogs instead of buying them.