Donald Trump Nominated for Nobel for Brokering 'Historic' Israel-UAE Peace Deal. What is it?

The accord was the first such accommodation between an Arab country and Israel in more than 20 years, and was forged largely through shared fears of Iran. 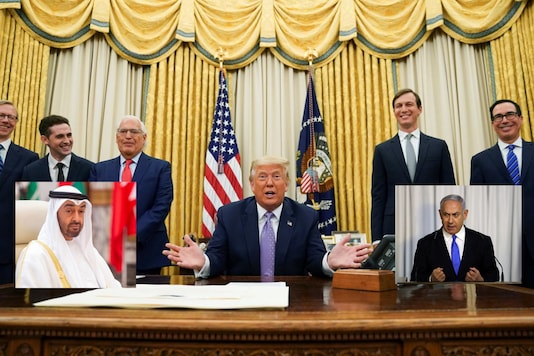 The accord was the first such accommodation between an Arab country and Israel in more than 20 years, and was forged largely through shared fears of Iran. News18.com Last Updated: September 9, 2020, 8:40 PM IST FOLLOW US ON:

In a rather shocking revelation, United States President Donald Trump was nominated for the Nobel Peace Prize 2021 for brokering a peace deal between Israel and UAE.

The news came on Wednesday evening and it was reported that Norwegian politician Christian Tybring-Gjedde put forth the unlikely candidate's name. The news comes just two days after Trump tweeted about brokering a "historic" peace deal between Israel and the United Arab Emirates.

What is the historic peace deal between Israel and UAE?

On Thursday, the White House announced that a groundbreaking peace agreement in the Middle East between the two hostile nations Israel and UAE will be singed on September 15, hosted by Trump, that will diplomatically normalise relations between the two countries. Announced on Aug. 13, the accord was the first such accommodation between an Arab country and Israel in more than 20 years, and was forged largely through shared fears of Iran. The deal was in fact symbolically signed last month itself when the three countries including the US made a joint statement on Twitter regarding the treaty and the first direct commercial flight between the Jewish nation and Gulf nations took off for the first time. Onboard were leaders from all three countries including Donald Trump's advisor and son-in-law Jared Kushner. 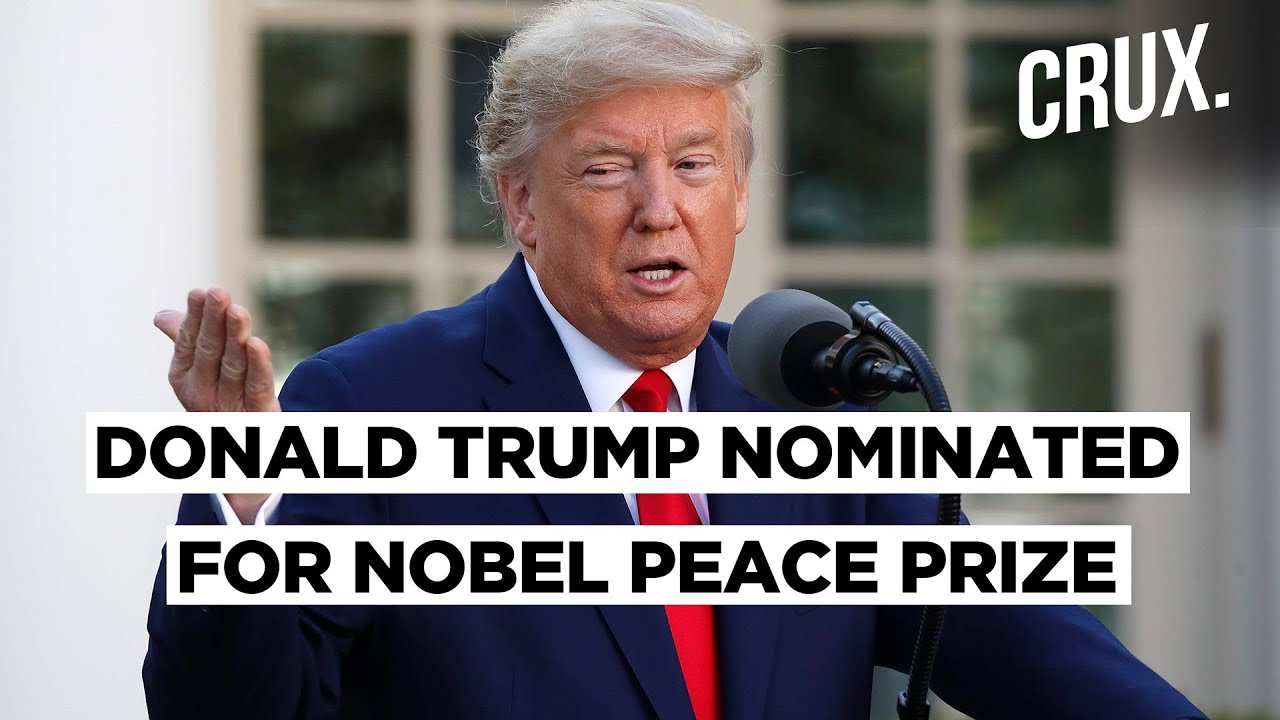 Why is the peace deal important?

As part of the deal, announced at the White House on Aug. 13 following what officials said were 18 months of talks, the Gulf state agreed to normalise relations with Israel, while Israel agreed to continue with plans to suspend its annexation of the West Bank. As per a report in Reuters, Israel's Benjamin Netanyahu and UAE's Foreign Minister Sheikh Abdullah bin Zayed al-Nahyan will be part of the September 15 delegation for the signing of the deal, which has been called historic by both Israel and Trump. Proponents of Trump have surmised that the deal might help solve the conflict in the Middle East and also urge other countries like Saudi Arabia to acknowledge Israel.

Is the Israel-UAE peace deal worth a Nobel?

Any diplomatic efforts to solve the crisis in the Middle East by governments are commendable. Critics, however, feel that the deal falls short of any grand Middle East peace plan to resolve decades of conflict between Israel and the Palestinians despite Trump’s pledge to do so. The White House hope is that more such deals between Israel and the Gulf states will emerge, prompting the Palestinians to join negotiations. Trump had previously proposed a peace plan in January that heavily favoured the Israelis, but it has not advanced in any significant way. The Palestinian leadership, however, has watered down its criticism of the normalization deal after calling it a stab in the back of Palestinians. Iran, meanwhile, has refused to accept the agreement.

Has Donald Trump been nominated for the Nobel Peace Prize before?

Yes. This is Trump's second nomination for the prestigious which has previously been conferred to persons who have made great contributions to society such as Nelson Mandela who fought Apartheid. The first time Trump was nominated for the award was in 2018 after he appeared for the Singapore Summit with North Korean leader Kim Jong Un after decades of enmity between the two nations. Incidentally, it was the same Christian Tybring-Gjedde who had put forth Trump's name in 2018. While submitting his nomination, Tybring-Gjedde told Fox News in an interview, "The committee should look at the facts and judge him (Trump) on the facts – not on the way he behaves sometimes," he continued. “The people who have received the Peace Prize in recent years have done much less than Donald Trump".

Apart from the Israel-UAE deal, Trump's purported role in facilitating contact between North and South Korea and India and Pakistan during the recent dispute regarding Kashmir. Both the deal and the Nobel announcement came just months ahead of the US Presidential elections in November 2020 in which Trump is hoping for a reelection.

(With inputs from Reuters)