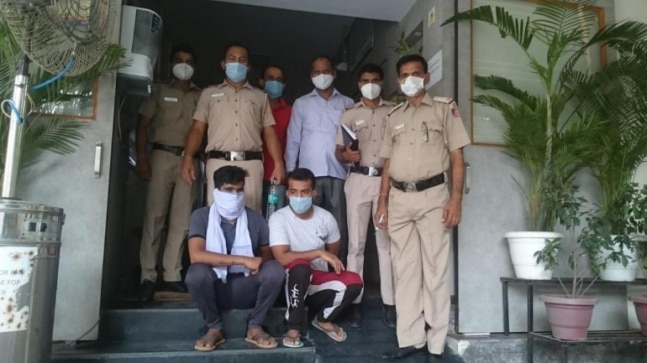 The accused, who were arrested, were identified as Manish, Ashish and Abhishek. More arrests are likely to be made in the duping case, police said.

Police said that around 250 persons across India were duped by the gang.

The CBI personnel had filed a complaint on January 15 saying that he had received a call wherein the caller offered him a gift against the reward points on his credit card. He was asked to deposit the amount of Rs 8,970 in a particular account.

After the personnel paid the amount as asked, he received no response from the accused, following which he registered a complaint with a police station in Delhi's Lodhi Colony.

Police said that the accused used to target people from across India and lured them into depositing money on the pretext of receiving reward points for using their credit cards.

Manish was the main accused in the crime, while Ashish was the beneficiary account holder. Abhishek, who was serving in Delhi Civil Defence at the time of arrest, handled an account used for money transaction. Earlier, Abhishek worked as a delivery boy with Amazon.

A call centre was also set up by the accused from where he called customers whose data was provided by three accused: Hariom, Raman and Guru Charan.

They even hired accountants on 20 per cent commission.

During an investigation, it was revealed the amount paid by the CBI personnel was received by the accused through Paytm.

According to police, detail of related accounts were obtained and it was found that the beneficiary's account was linked to a bank account under the name of M/S Fashion Pravitti. One Ashish was found to be the proprietor and beneficiary of the said bank account.

Manish then informed about his associate Abhishek whose account was also used to get the duped money transferred on 20 per cent commission basis.

Police said that Manish was initially working at a call centre and from there he got an idea to cheat people by way of telemarketing -- by calling and luring them for some benefits.

In 2017, Manish had met Hariom, Raman and Guru Charan who were in the business of website designing and where having the data of existing customers of credit cards.

Manish also took the responsibility to arrange the accounts on commission basis to get the payments in their accounts and also to run the call centre, police said.

Manish had opened around nine bank accounts in his name to get the duped money.

It was also revealed that sim cards used by the accused of calling were issued under fake names and documents.