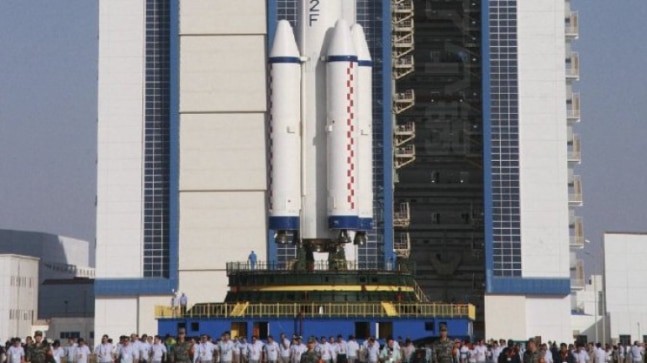 China is in the spaceplane club now. The China Aerospace Science and Industry Corporation -- the country's main space contractor -- had been toying with the idea of a spacecraft for the last five years, and on September 4 launched an experimental reusable spaceplane on a two-day orbital mission.

The first scaled-down model of a spaceplane was tested in February 2018 which was confirmed by scientists Ye Youda and Liu Gang. The spaceplane can be used for both civil and military purposes. It can carry a payload that can either be placed in the space orbit or delivered to the Earth's surface as and when required.

The possible Chinese spaceplane project comes as the US Air Force is working on its own reusable spaceplane called the X-37B. After launching the vehicle, China had said "it will carry out reusable technology verification as planned to provide technical support for the peaceful use of space."

The US spaceplane X-37B has created a record flight time of 780 days in space, indicating a new era of space weaponisation.

China jumped into the fray in 2018 and has managed to test a prototype possibly named Tengyun. The details of the experimental spacecraft such as size, weight, payload and whether manned or unmanned have not been revealed as of yet.

The Chinese news agency Xinhua had reported that the experimental spaceplane took off from the main launch pad No. 921, Jiuquan Satellite Launch Centre (JQSLC), on a Long March series of rocket CZ-2F on September 4, 2020 around 1530h.

The latest satellite images of this main launch pad at JQSLC indicate that the launch pad, umbilical tower and mobile launcher were renovated recently possibly to accommodate the large hammer head fairing of CZ-2F for launch of the spaceplane.

The lift-off ground pictures show a phenomenally large fairing of the rocket, indicating that the spacecraft is possibly 8 tonnes, almost double the size of US X-37B.

Such a massive-sized spaceplane with a retractable arm could easily pick up an adversary's spy satellite and bring it back to the Earth. It was a successful lift-off on the 14th mission of CZ-2F carrier rocket.

China has not yet revealed any data about space flight, although it has been studied by US state agencies and space enthusiasts alike.

The space flight was studied very diligently by Jonathan McDowell, an astronomer with the Harvard-Smithsonian Center for Astrophysics. The study indicates that China had launched a space shuttle type of craft which made orbital paths, strongly suggesting that it was an unmanned flight.

The Chinese social media rumours also suggest that the spaceplane put two payloads in the space orbit. The spacecraft moved in a low earth orbit of 348km X 318km. The astronomer claimed that it was much smaller in size than the US X-37B.

The flight path and time of landing suggests that this was the airstrip on which the spacecraft landed. The Planet Labs has captured the spacecraft on high-resolution satellite imagery which has not yet been made public.

Secretive Airstrip in a Nutshell

China's secretive airstrip has now become quite well-known with the landing of the reusable spaceplane there on September 6, 2020 at around 1000h local time.

The formation is probably for the spaceplane to identify from a longer distance so that accurate landing can be made at the correct airstrip.

There are two large launch pads with one 15m X 30m and another 20m X 20m. There is a small antennae field of 15m X 15m size and solar panels for electricity supply to the facility.

There are three staff barracks and a large tall hangar of 25m X 50m size possibly for temporary storage of test articles.

A possible meteorological radar is visible at the north-eastern side of the main runway halfway down the overshoot.

(Col Vinayak Bhat (Retd) is a consultant for India Today. A satellite imagery analyst, he served in the Indian Army for over 33 years)