Chase Till Death: The African Wild Dog Hunts Its Prey Until Target Dies of Exhaustion

Critically endangered African wild dogs are very effective hunters with up to 60% of hunts ending in successful kills, which is higher than lions. 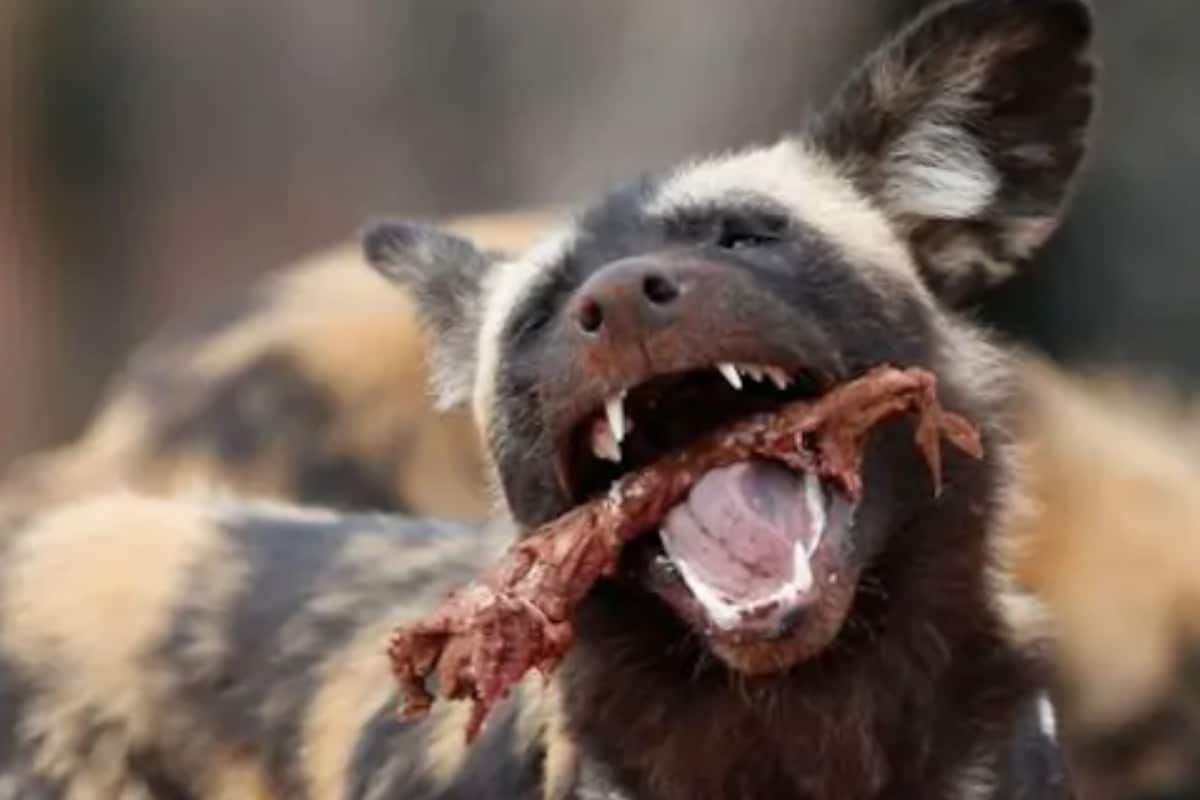 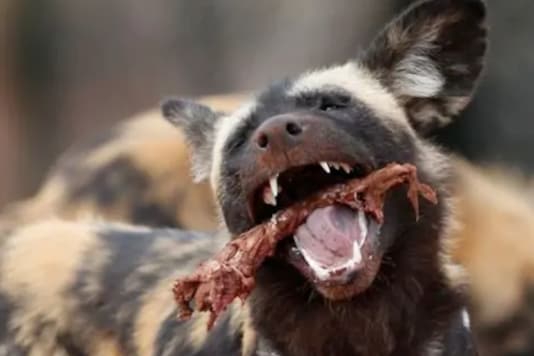 Critically endangered African wild dogs are very effective hunters with up to 60% of hunts ending in successful kills, which is higher than lions. Reuters Last Updated: September 9, 2020, 8:52 AM IST Share this:

The African wild dog distinguishes itself from rival predators like lions and hyenas by using the unique hunting style of chasing prey over long distances until the target collapses from exhaustion, instead of relying upon speed, strength, or stealth.

A comprehensive new anatomical study of this endangered species, also known as the African painted dog or Cape hunting dog has identified crucial evolutionary adaptations for endurance running in the animal’s forelimb bones, muscles, and ligaments that help sustain its life on the run.

Using their technique called “exhaustive predation,” they have been documented running 40 mph (64 kph) for up to an hour chasing prey.

“They’re very effective hunters with up to 60% of hunts ending in successful kills, which is higher than lions, at 30%, and hyenas, at 25-30%,” said anatomist Heather Smith of Midwestern University in Glendale, Arizona, who led the research published this week in the journal PeerJ.

These dogs are the only canid - the group spanning dogs, wolves, foxes, and related animals - with only four full digits on the front paws. Having only four full toes facilities increased speed and stride length.

But the researchers, using CT-scans and dissection of an African wild dog that died of natural causes at a zoo, discovered a diminutive vestigial first digit underneath the skin of the forepaw. The muscles associated with this digit have been reconfigured and repurposed, assisting with “proprioception” - the body’s perception of its position and movement.

The researchers also discovered expansions in limb muscles that contain lots of “slow-twitch” fibers resistant to fatigue and identified a forepaw ligament that may act as a spring to propel the dogs forward. They also observed a reduction in muscles that normally act to rotate the wrist and forearm, illustrating an increased demand for stability.

These dogs are built for stamina, unlike rival predators that use bursts of speed (cheetahs), strength (lions), and stealth (leopards).